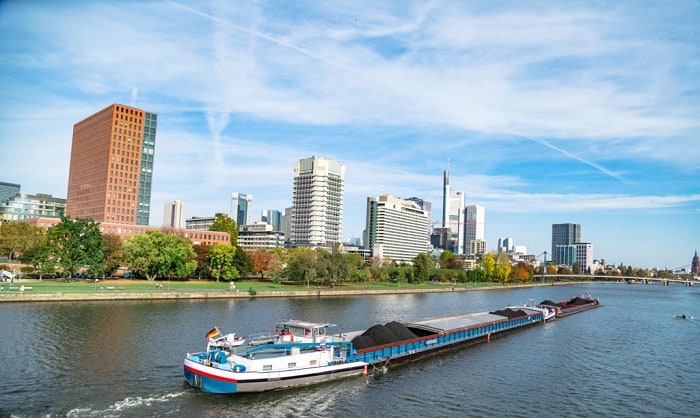 Throughout history, boats and ships played a significant role in developing trade. Barges were also important in the industrial development of the world. Therefore, many might wonder what is a barge boat and what are barges used for?

In this article, we’ll take a closer look at the barge. We’ll take a look at its characteristics and learn a bit about a few of the more common variations for barges, including some non-standard ones used for purposes other than industrial.

What Is a Barge

When we think of ships, it’s easy to imagine a huge boat made of metal, probably carrying huge loads of cargo and transporting them out at sea. If we see something similar at a river, that’s perhaps a barge.

It can be difficult to create a single barges definition that encompasses all barges. However, they are boats that can be characterized by two things: they are long and narrow, and they are flat-bottomed. It’s safe to say, however, that barges are not ships.

Barges ship heavy loads, but they are more capable of traversing bodies of water such as rivers that are found inland. They offer a cheap means of transporting goods because it is easier to pull heavy loads on the water than on land. This economic practice has assisted the development of commerce and industry for hundreds of years up to the present.

Characteristics of a Barge

As mentioned earlier, the most common characteristic of barges is long and narrow. In fact, they are designed to carry heavy loads along rivers and canals, and their shape gives them proper access through these waterways.

Barge dimensions vary greatly depending on their intended use, as does their structure. Typical barges used for transport are usually around 200 to 300 feet in length or longer, while width may differ depending on the body of water they are meant to traverse. Standard dimensions for barge width are 35 to 37 feet wide and typically carry 1500 tons.

Further generalization of barge characteristics will be difficult because there are many different types of barges. We’ll cover a few of these types in some detail below. First, let’s talk about how barges differ from ships that also specialize in cargo transport.

While barges are designed to carry heavy loads in shallow waters, ships are for transporting goods at sea. Due to rivers having shallow waters, the typical hull of ships would run aground, causing problems for critical waterways, which could cause delays in the transportation of goods.

One point where barges lose out to ships is that the barge’s flat bottom is sensitive to weather changes, especially the turbulent waves in open waters. Such waves would cause barges to tip over easily. But in calm waters, flat-bottoms offer unparalleled stability that V-shaped hulls cannot provide.

It would be difficult to use even smaller ships inland as these smaller vessels would have trouble transporting the same amount of cargo that the specialized barges would be capable of handling. Even these smaller ships may find trouble with grounding, especially when navigating corners.

Because bodies of water such as rivers and canals would not have the same weather conditions as open waters, barges end up a big advantage. While barges with their flat hulls would lose to ships in weather stability, the calm waters expected of inland waterways is a different story. 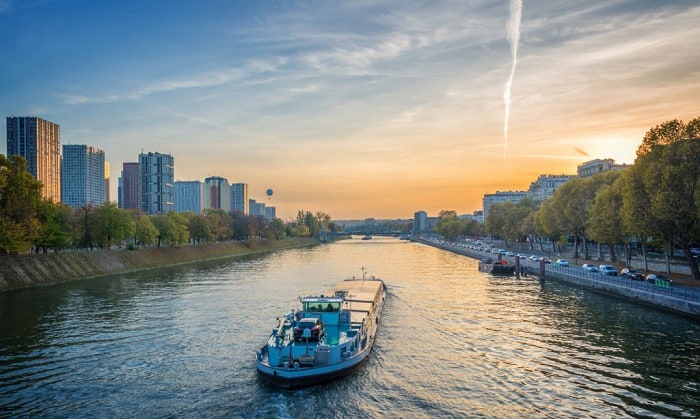 There are many different kinds of barges, depending on their function. There are two main types of barges based on how they operate: the self-propelled and the towed barge. A few of the more specialized barge types are described further below.

These types of barges can travel through waterways on their own due to having their own engine, usually a diesel engine. A good example of the self-propelled barge would be the Dutch barge. However, engines may impact the balance of a barge, so barges specialized for cargo transport benefit from not having engines at all.

The towed barge work by traversing inland waterways while being pushed or pulled along. Typically, they are guided by tugboats. In some instances, as was common in some areas before, they can also be pulled by vehicles such as land carriages and draft horses or even by machine.

These barges are considerably cheaper than self-propelled barges and ships. They are often used to transport low-cost goods at bigger and heavier loads which adds more to their cost-efficiency. Their bare and simple design also allows for cargo with difficult proportions, and the absence of heavy engines makes it easier to balance their cargo loads. 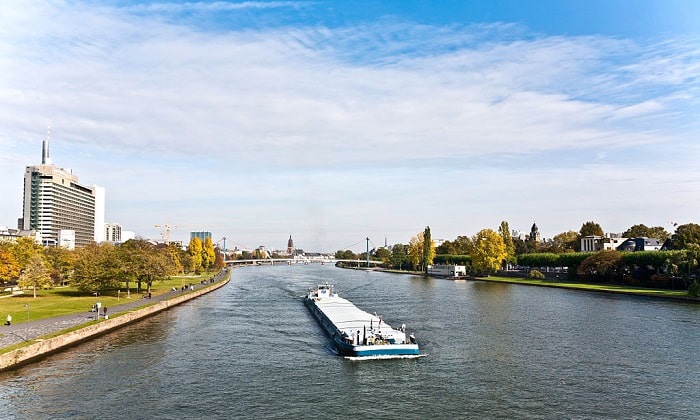 This type of barge was used mainly for transporting goods and fishing, but such use has fallen in the 21st century. These days, dutch barges found renewed popularity in use as leisure barges or even residential boats as liveaboards.

Dutch barges range from 50 to over 100 feet in length. While dutch barges these days are usually made of steel or metal, older barges made over 100 years ago were made of wood. It is typical for dutch barges to have their own means of propulsion with a diesel engine.

The deck barge can hold cargo on the deck and in compartments. They are used to transport heavy equipment, liquid cargo, and even livestock. Another major use of this barge is as a work platform, and they are often used for construction.

This type of barge is very stable even compared to typical inland barges, making them an ideal platform for working conditions.

This specialized barge is for use with a crane. Its stern, keel, and frames are all reinforced to withstand the stress of using a crane aboard the barge. Spud barges can also support the use of an excavator.

Hopefully, you now have a better understanding of what is a barge boat including a few specialized types. Now you have a better appreciation of those floating platforms that we see so often on television but don’t get to hear about often.

If you know anyone else who is curious about barges, share this article with them as well. Also, please leave your comments and suggestions below as we’d very much like to hear from you.