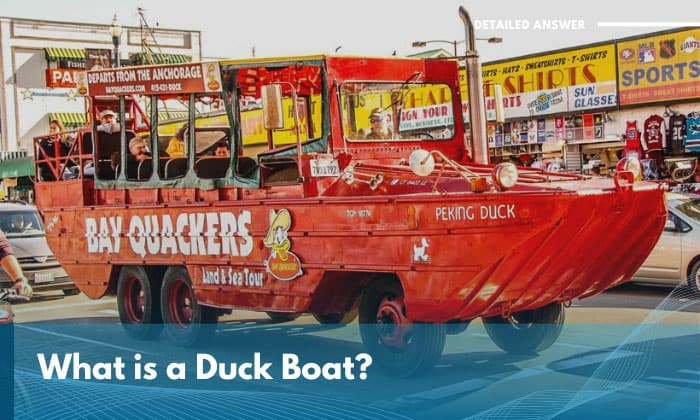 “What is a duck boat?” That question can be answered in different ways, believe it or not.

For one, do you mean a duck hunting boat or the more publicly recognizable duck boat vehicle used by tour groups? Both are offshoots of the amphibious military duck boats used in World War 2.

They can easily move over water and land, similar to how a duck can smoothly alternate between gliding and walking. However, did you know that that’s not why they’re specifically called “duck” boats?

It’s definitely worth diving into duck boat history, for all its richness (and controversy). So read on!

All You Need to Know About Duck Boat 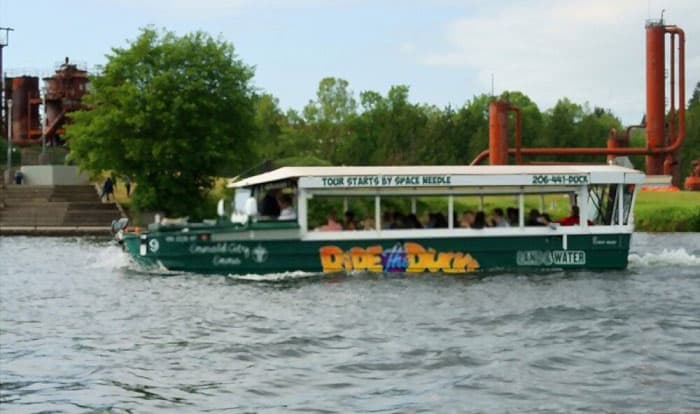 Look at a standard duck boat image in a duck boat tour company. Now, compare it with a duck boat that’s used for hunting. See the ready difference?

Sure, based on how both boats are designed, they may not scream “military”. But overall, they’re two unique beasts.

That’s why we need to pay attention to two important points when arriving at a precise duck boat definition. Obviously, we’re not counting those (admittedly cute) inflatable ducks folks bring along to swimming pools and beaches.

We can categorize the vessel as follows:

The latter obviously deserves the “hybrid” tag more and is what we’re going to focus on, by virtue of its more interesting history. I hope that any confusion between the two has been dispelled with the information I shared above, though.

The Duck Boat’s Rather Colorful History

The history of mobile duck boats is a heady mix of badassery, a dash of pageantry, and (unfortunately) tragedy.

We usually associate ducks with comedy, thanks to the likes of Daffy Duck and Donald Duck. However, duck boats were certainly no joke when they were put to service in the war.

Back then, they were officially termed “DUKW”, which, coincidentally or not, was the manufacturing code that was assigned to them by their creators. They were used mainly as a way to safely haul soldiers and military equipment over land and sea.

Duck boat capacity topped out at 24 personnel or 5,000 pounds. Naturally, the troops warmed up to these vehicles and started referring to them as just “ducks”.

Enter the Era of Sightseeing

World War II concluded in 1945 and the Korean War after it, and in turn, the duck boat’s military service. However, that did not spell the end of its uses.

In fact, it only took only around a year after fighting ended for two business partners in Wisconsin to start their first tour company, using these nifty vehicles as the main means of transportation for eager sightseers.

They became so popular, in fact, that people actually began looking forward to riding them during their scheduled trip. What a duck boat look like, with its vibrantly painted hulls strewn with various illustrations, only lent to its magnetic quality.

If you’ve ever seen a duck tour boat in Boston or any other locale, I’m honestly not surprised that you’re curious about it. I mean, who wouldn’t be wowed by the very picture of duck boat, much less once you start splashing on the water in one minute and then riding on land almost immediately afterward?

You learn more about a particular place, and you get to enjoy this thoroughly entertaining experience at the same time.

For all the fun and thrills that duck transportation has imparted, it’s unfortunate that it wasn’t spared from accidents, which have become especially sensational at present.

Those are just three in a timeline of duck boat drowning and road accidents that can be traced back to 1999.

Despite all these setbacks, duck boats have definitely weathered the storm and continue to be a popular tour option for holiday goers. It certainly doesn’t hurt that the US Congress has recently passed bills requiring duck tour boat manufacturers to make their vehicles safer.

How Does Either Duck Boat Work? 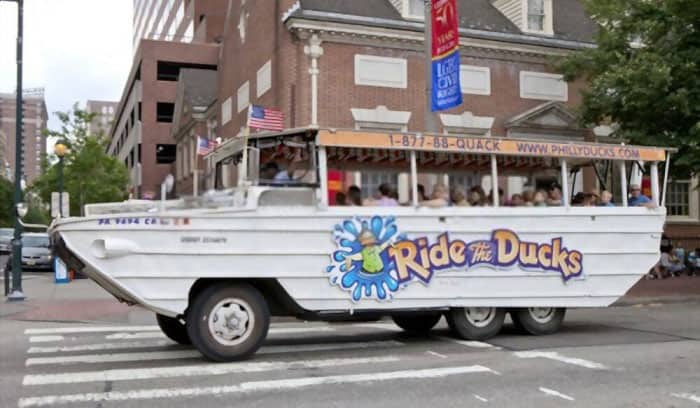 For the former, these include life jackets, flares, and floatation devices. For the latter, decoys, helmets with spotlights, push poles, a duck boat paddle, and even a chainsaw are essential.

The kind of hull and motor the boat has determines its overall performance and how easy you’ll be able to hunt in a given setting. The boat comes with a camouflage, obviously, to not scare off the ducks.

How it works is pretty straightforward. It can carry more than 20 people at a time.

With the help of the amphibious design, the group can easily be toured in both the land and water sites in a specific locale. Tour guides offer interesting commentary as you go.

All the while, safety is maintained by requiring all passengers to wear life vests. 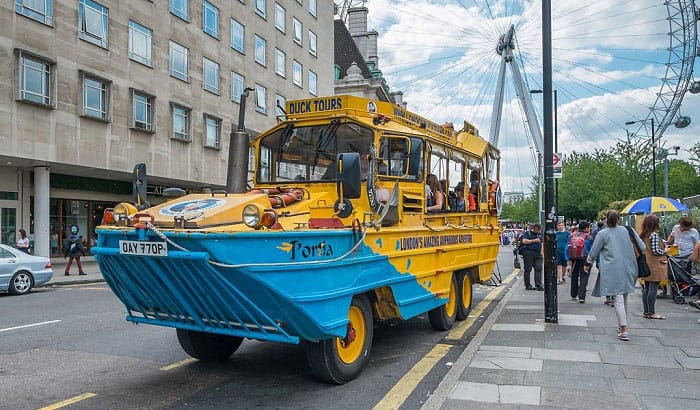 What is another name for a duck boat?

People, especially those who have been in the military, call it the Duck, which is a colloquial term for its actual assigned name code: DUKW. Tour boat and hunting boat operators stick to just duck boats, though.

Their unconventional shape is the main problem considered by experts. It often leads to a higher chance of overlooking issues that may cause sinking.

How fast does a duck boat go?

During the war, it purportedly managed 45 mph. However, based on recent estimates, its top speed actually sits a little higher at 50 mph.

Has the information I shared here “quacked” the case of “What is a duck boat?” for you? In all seriousness, we can’t deny that these vehicles are nothing short of marvels of engineering, given their amphibious capability.

Still, that doesn’t eclipse the tragedies that have marred their history. It’s only right for there to be initiatives and projects to improve their safety with all things considered.

Considering the fun factor that these boats have and the undeniable contributions they’ve made, it’s simply a waste to just scrap them altogether.