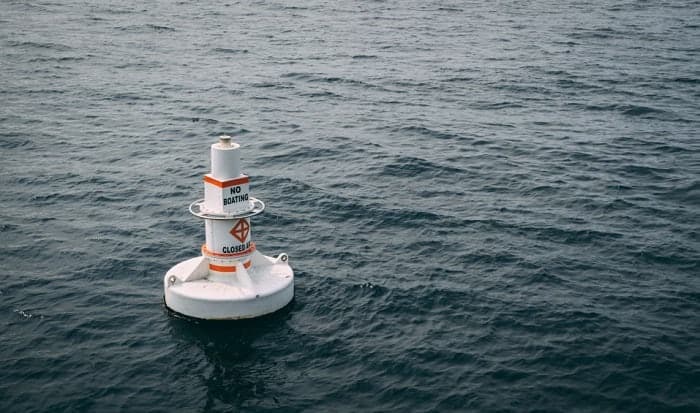 We can find water markers everywhere out on the water. They are used to convey many types of important and life-saving information, which may be difficult to keep track of.

Read on to learn more.

What Does This Non Lateral Marker Indicate? 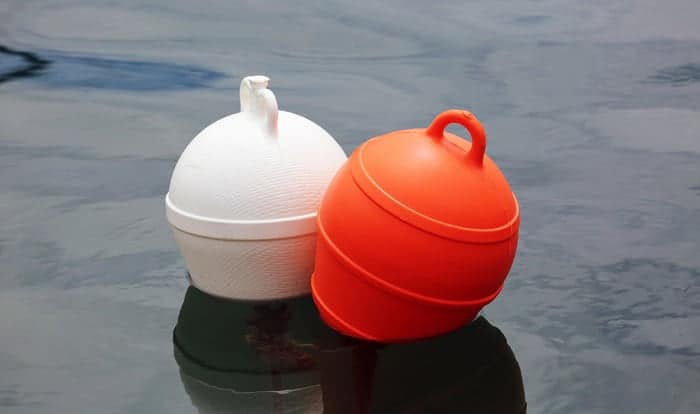 There are generally two types of water markers: Lateral and Non lateral markers. Lateral markers are those that are used to indicate a boundary for waterways and channels. They are easy to spot, due to their very specific use and the fact that they are usually used in pairs or groups.

Non lateral markers, on the other hand, are used to convey very important information such as potential hazards in the area. Thus, it’s important to try to be familiar with them as the information they provide can potentially be life-saving.

Due to the fact that they can be found anywhere on the water, it may be surprising to find one that you are not familiar with. 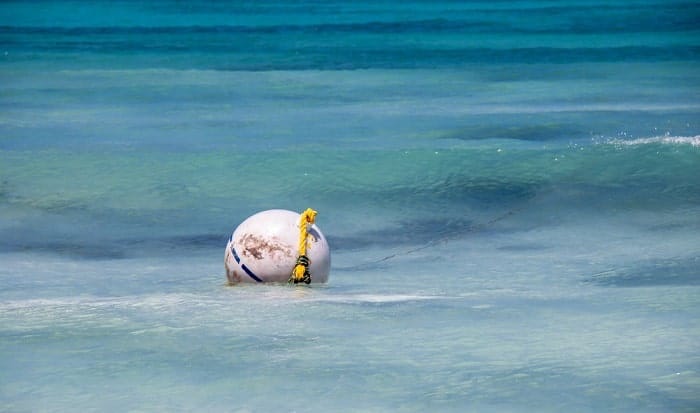 When you spot a non lateral water marker, it will usually be a white buoy with orange markings and black lettering, but some look different as well.

The black lettering on these markers refers to the information they convey, such as speed restrictions or what type of area may be ahead.

Information marker buoy has a white body with an orange square and orange horizontal bands above and below the square. This orange square non-lateral marker also has text in the middle of the square to indicate important information that needs to be conveyed to boaters.

The control marker is a white marker with an orange circle and black lettering; it also has two orange horizontal bands on top and below the circle.

These markers convey information about restrictions placed on certain areas of the water. Common restrictions include those pertaining to speed or restrictions or limitations on wake produced by vessels.

If you find a white marker with orange diamond and black lettering, that would be a hazard marker. These provide information on potential dangers in the area, and a word referring to this danger is printed inside the orange diamond.

Hazard markers are usually placed on top of potentially dangerous objects such as rocks or a sunken ship that puts boats at risk of hull damage. However, there are times when it is placed at a nearby area instead, so treat the surrounding area as a dangerous area instead of just the spot where the marker is found.

Also with a white body and orange marking, the keep-out marker also has a diamond with horizontal orange bands above and below. It differs from the hazard marker in that it has a cross shape in the diamond instead.

This marker serves to inform water vessels that the area ahead is off-limits to boats, and the words printed below the diamond indicate what type of area is ahead. A Swimming area is commonly referred to, as well as dam areas.

These are markers with a white body and red vertical stripes. At times it can have red and white horizontal bands instead. These indicate that the surrounding area is safe for boats and free from dangers or restrictions.

These markers are typically found in the middle of fairways, so expect to see them in waterways or channels whose boundaries are defined by lateral water markers.

These markers serve to inform boaters of obstructions between the marker and the shore. Such obstructions include rocks or shallow water where boats run the risk of going aground. Obstruction markers are white with black vertical stripes.

If you see this marker, going around the area would be a wise choice. Don’t risk trying to take the short route, as passing through this area presents an unnecessary risk. This non lateral marker black and white design should be given proper attention.

These markers are white in color. They serve to indicate that an area is for swimming and should be avoided by water vessels.

These markers can be found in many areas. They are usually white with yellow bands, though some may have blue instead of yellow. Seeing this marker indicates that the area is recommended for mooring.

Mooring buoys serve as an alternative to using an anchor, as deploying anchors damages the sea bed and can destroy coral reefs. They may also be deployed in areas near the shore if there exists the risk of larger vessels running aground in shallow waters.

With that, we have covered the common types of non lateral water markers. You no longer have to wonder “what does this non lateral marker indicate?”.

Since water markers are potentially life-saving, it’s extremely important to know what they indicate. Now, you have taken your first steps in learning all about water markers and keeping yourself safe out on the water.

Did you find this guide useful? If you did, please share it with your friends and colleagues. Also, please leave your thoughts and comments below. Remember to always boat safely.