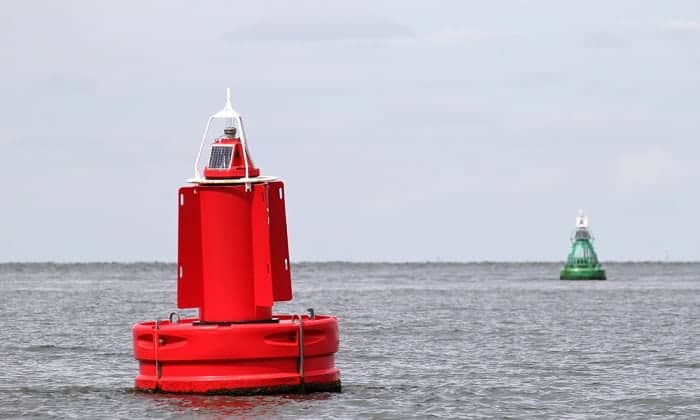 The water can be a dangerous place because of how easy it is to lose your bearings. A body of water can be difficult to navigate safely, much like being out in a directionless desert or even a dark street at night.

Fortunately, we have water markers to help us keep track of the necessary details. However, learning what the markers mean can be challenging. We may end up wondering “what do lateral markers indicate?” Keep reading and be informed.

What Do Lateral Markers Indicate 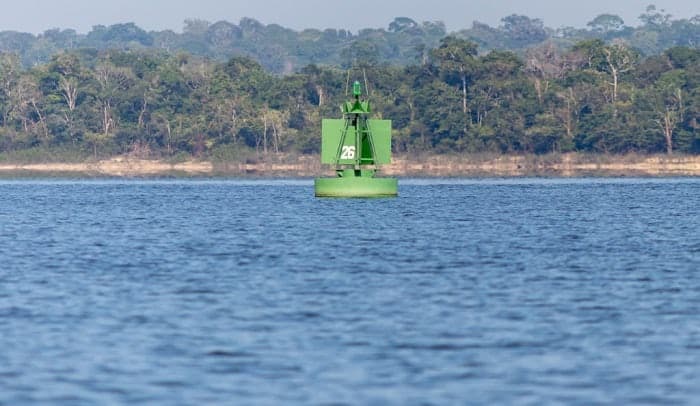 Water Markers are any objects on the water that are used to indicate something or convey information. This information will pertain to the safety and danger of an area or indicate the location or bearing of either an object or the marker itself. Floats, buoys, and beacons are common water markers.

Lateral Markers are markers that are used to identify channels or waterways to ensure that people know where they are on the water. The most easily recognizable lateral water markers are the port hand markers and starboard hand markers that often work as a pair. When these are opposite one another, it’s okay for vessels to go between them.

Here, let’s take a look at some common lateral markers that you may encounter out on the water. We’ll go over both what they indicate, and how they look so you can recognize them.

These markers usually work in conjunction with starboard hand markers to identify the area on the water where boats should pass. They indicate one side of the channel and are kept on the starboard side when returning to port.

These are red. A floating red marker with a cone shape is called a nun. It may have a red light blinking on top of it as well. Regardless of any other detail, however, they are always red.

As stated above, starboard hand markers usually work as a pair with port hand markers to indicate a channel. These are kept to the starboard side when heading toward open water. If both markers are visible, it is always recommended to use the space between them.

Single lateral markers are those that do not appear to be placed in conjunction with another marker; however, they still function the same way. Port hand markers should still be kept to the right when going upstream.

It should be noted that sometimes you just can’t see the other marker, but that’s exactly why port hand and starboard hand markers are made to differ from one another and avoid confusion.

Another example of a single lateral marker is the bifurcation buoy. This buoy indicates that a channel splits into two routes. It is a marker that is both red and green. 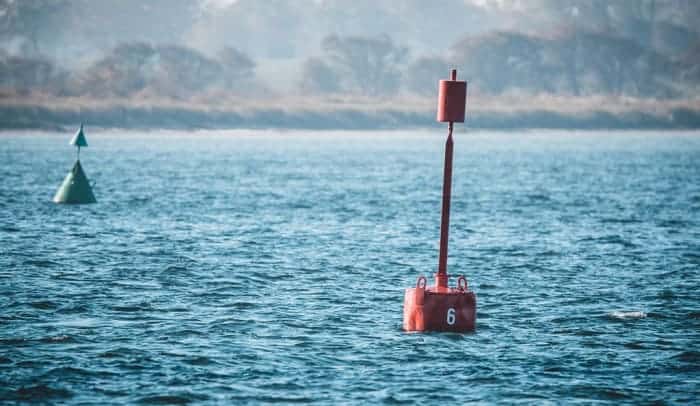 Now let’s go over some of the different forms that markers can take. When you are out on the water, you can’t just be looking for buoys. Markers take different forms depending on circumstances, and it can only do you well to know what to look for.

The following are the different types of markers that lateral markers can be.

These are common water markers that float on the water. They are usually moored or placed in a certain spot to mark something, in the case of lateral markers — to indicate the opposite sides of a waterway.

As mentioned earlier, for lateral markers, we have cans and nuns. Nuns are cone-shaped and are used as port hand markers, and so they are always red. Cans are used as starboard hand markers and are green in color, and as the name suggests, they look like a can.

Buoys may or may not have lights.

Beacons are markers that are fixed, as opposed to buoys that float on the water instead. Lighthouses are considered a type of beacon. These are usually tall.

When used as lateral markers, beacons themselves do not need to be red or green themselves, though they may be. They will usually have a red or green mark or sign on them, or flashing lights instead.

Daymarks, on the other hand, look more like signposts. They are usually fixed on land to indicate the same things that lateral buoys would, and they may be used in a system of lateral buoys as in the case of the Intracoastal Waterway, which uses different kinds of navigational aids.

While daymarks may be lit, they usually aren’t and it will be difficult to find or see them at night.

The ICW is a 3000-mile waterway running along the Atlantic and Gulf Coasts in the US. It utilizes a system that is similar to the lateral marker system but also employs other markers such as daymarks. This waterway can only be navigated safely if one is familiar with the navigation system it utilizes.

And that’s it for our short guide on lateral markers. However, this is just the tip of the iceberg as there are many more markers that you need to know to be able to navigate the open water safely.

What you should remember is that it is very much doable. If you found the answer to the question “what do lateral markers indicate?”, you can surely learn everything else as well. Just take one step at a time.

Please leave your comments below. See you again on the open sea.