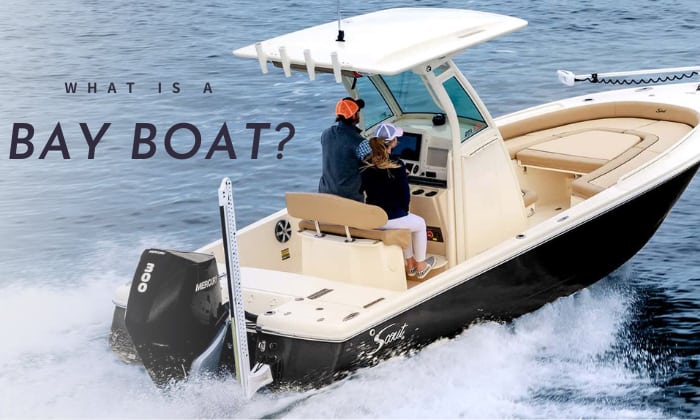 Versatile and a top-grade option for fishing, bay water boats attract the interest of many boaters, novice and experienced alike.

So what is a bay boat? Besides the more obvious fact that they’re mainly designed to be driven in bays, you have to look at their hull draft and overall design compared to other vessels.

Bay boats reside in the middle if compared to flat boats and offshore center consoles with regard to draft. They’re able to handle shallower waters better than the latter and impart more safety on rougher waters, unlike the former.

What Vessel Classifies as a Bay Boat?

Any boat that mixes some of the qualities of flatboats and deep V center consoles most likely falls under the bay boat category.

Incidentally, if you’re new to the bay boat vs center console discussions at present, it’s actually not right to compare the two in such a generalized way. Bay boats are but one type of center console, after all. They’re more of an inshore or nearshore variety.

If you’re wondering about boat draft meaning, when sailors refer to the “draft”, it’s typically the depth of a vessel’s hull relative to how safe it can traverse the water without hitting the bottom (i.e. grounding). In more technical terms, it refers to the safe distance between the keel and the waterline.

To dispel any confusion, here’s a checklist of the unique qualities a bay boat has:

However, you should still be cautious when taking out a 19 foot small bay boat even in calmer waters that are still expansive compared to most. Much of the reasoning behind this stems from the fact that smaller vessels are more susceptible to waves produced by their larger counterparts.

For example, here’s a video that demonstrates how a relatively tinier boat performs in Chesapeake Bay:

As mentioned above, bay boats are an excellent option for fishing in shallow spots; thus, they’re favored for bass fishing. Come to think of it, the term “shallow water bay boat” sounds redundant, given that being able to fish in shallower areas is one of these vessels’ natural benefits.

Much like most vehicles with a hybrid design, it’s easy for bay boats to impart that sought-after versatility and variety in usage and purpose. Like the way a bowrider boat is widely considered a highly adaptable vessel, the same can be said for a household name option such as an Xpress bay boat. 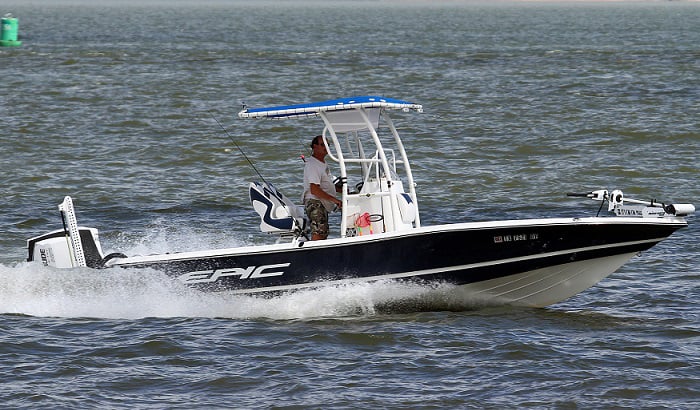 The numerous types of bay boats available prove their versatility. While most are overwhelmingly designed to make fishing a breeze for the avid angler, you’ll also see more casual, family-oriented ones, besides those used in water sports.

Topics centering on bay boat comparisons owe much of their content to the said variety.

Nowadays, it’s not just about getting the fastest bay boat or landing cheap bay boats. Many go for vessels that have specialized features that will make life easy for fishers or competitive and casual boaters alike. Others just want to get the most quality out of their boats.

There are no specific types of bay boats, per se. Rather, they’re differentiated and designed based on the purposes said above, including the original touches provided by the respective brands that manufacture them.

Naturally, you should always prioritize your exact requirements when deciding which one to buy, all the more so if you’re not a big fan of present bay boat prices. 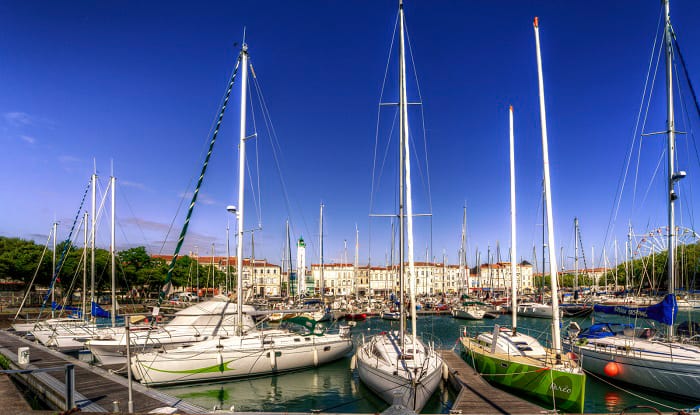 Can a bay boat go in the ocean?

Thanks to their hybrid design, bay boats can go into the ocean. It’s best to drive them offshore only during friendlier weather and water conditions, though.

What’s the difference between a bay boat and a center console?

A bay boat is actually a type of center console that’s meant to be sailed in calm waters and near the shore. An offshore or deep-V center console is better equipped to withstand the stronger waves prevalent in ocean or sea conditions.

How far can you take a bay boat offshore?

If it spans at least 24 feet and the engine is reliable enough, consider 30 miles from shore as the maximum limit. Anything smaller should be limited to 20 miles or less.

I hope I’ve provided a sufficient answer to your question “What is a bay boat?” To recap, it makes for a great shallow fishing boat and favors amenable water conditions in a typical bay or near the shore. It is a versatile vessel overall because of the way it makes up for the glaring weaknesses of other popular types of boats.