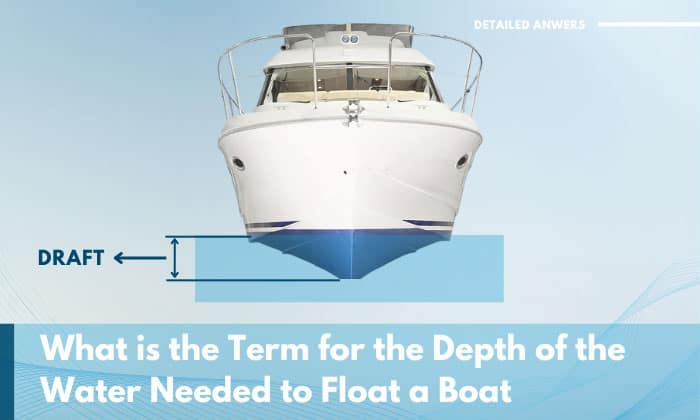 Understanding boating terms is one of the important first steps when getting started; some for operation and others for safety. But what is the term for the depth of the water needed to float a boat?

To answer the question – the correct jargon is “boat draft”. Depending on the vessel type, boat drafts may vary. Failing to meet this bare minimum, your boat hull will hit the surface underneath the water. 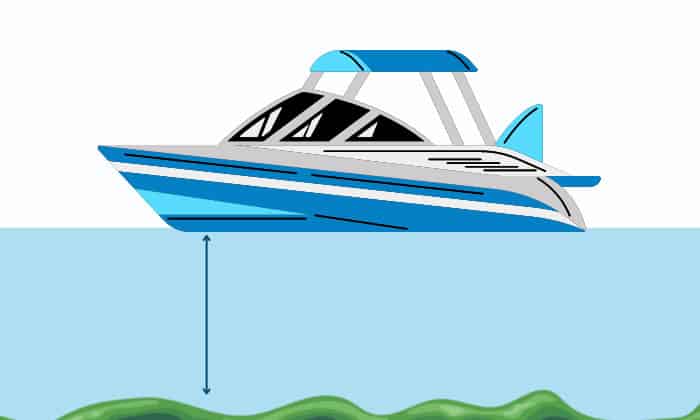 When you need to learn the necessary depth of water for a vessel to float, you’ll have to refer to the “boat draft” or “boat draught”. In other words, if this boat draft is not met, the boat may not float properly and even become stranded.

However, there is more to draft than just how deep water needs to be for a vessel to float. It is also about boating performance and safety and knowing which ship to buy for specific bodies of water. For instance, daysailers can’t run on water as shallow as 2 feet, but a Jon boat can.

While not very often, you may hear some people refer to draft as “draw”. So, instead of saying that daysailers have a minimum draft of 3 feet, one may instead state, “daysailers draw 36 inches.”

What is the Draft of a Boat? 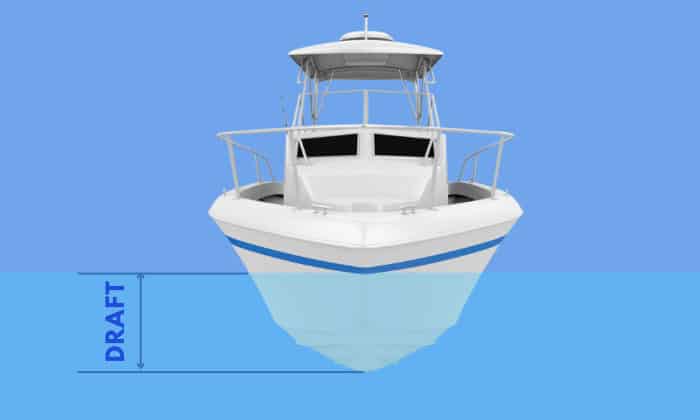 What does draft mean on a boat? It is the distance between the bottom of the hull and the waterline. The lowest depth of water needed to float a boat clear of the bottom is called the minimum draft. There is also the maximum draft on a boat which is the most that the vessel can be submerged.

However, the draft can also change depending on the situation, such as when there is more weight on a vessel. In such a case, the boat will submerge deeper into the water, increasing the draft – you’ll need to ensure it doesn’t surpass the maximum limit to prevent water from getting onto the deck.

Large commercial ships would have numbered markings on their hulls. Based on what a ships draft indicates, operators will know whether their vessel can pass certain channels and waterways. If the minimum draft is not met, they won’t be allowed to enter.

Boat draft measurement changes depending on each model, but the general design contributes to this as well. Some types have a much lower draft compared to others as you can see by examining a list of a few common boat types below.

Vessels with a very low draft like a bass boat or dinghy can seem like a boat that floats above water. However, to make a boat sit higher in the water is not without drawbacks, as those with a low draft are also less stable, especially in choppy waters.

In contrast, sailboats that reach deeper into the water can retain their balance well even in rough waters and perform better in the open sea.

It also needs to be stressed that the minimum water depth for boat to float is different from what it needs to move. The bass boat needs only 8 inches to float but at least 12 inches to move. This is because obstacles, such as plant growth or debris, may become a problem. 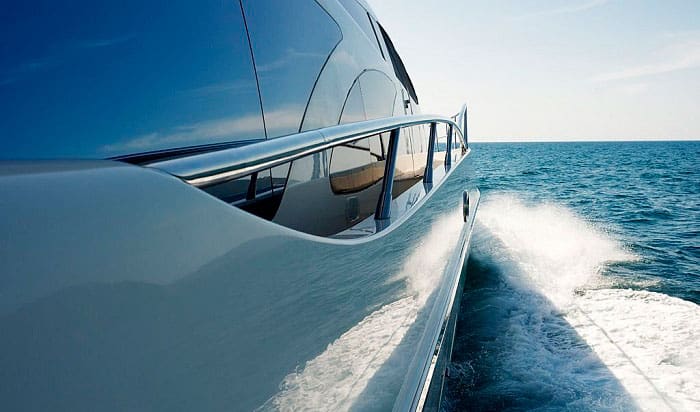 What is it called for boat depth?

The depth of a boat or ship; simply referred to as depth in naval architecture, is one of the important measurements on a vessel. It is measured from the top of the keel to the top of the deck in the middle section of a ship.

What is the depth of floatation?

If we’re talking about how much water depth is needed for a vessel to float, this is one of the definitions for boat draft. However, it is worth mentioning once more that the depth of floatation is not necessarily the same as the depth needed to allow a boat to move. Refer to the example of a bass boat’s draft above for a better understanding of this point.

What is it called when a boat floats?

Boats can float thanks to buoyancy – a water force that pushes upward and oppose the weight of the vessel. Note that buoyancy needs to be at least equal to the ship’s weight in order for it to float.

What is the term for the depth of the water needed to float a boat? More than just knowing the answer, you now have a basic understanding of boat draft. Keep on expanding your knowledge for a better boating life.

What do you think is the most difficult aspect related to a boat’s draft? Is it choosing a model to buy or managing the draft while sailing in shallow water? Tell us what you think in the comments section below.