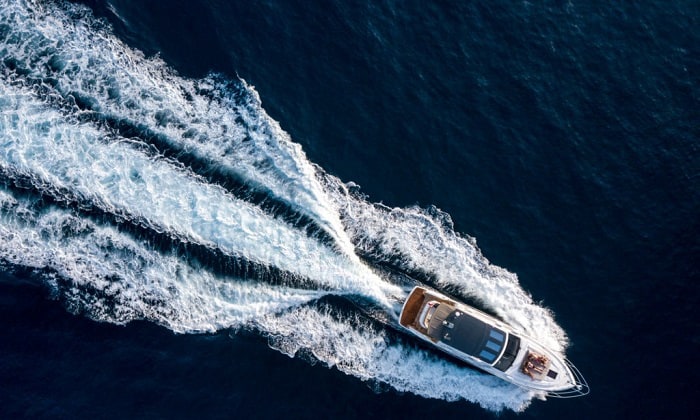 Question: How fast does a speed boat go?

Answer: The fastest boat speed on record is 345mph. While commercial speed boats can go as fast as 170mph, different boat types have differing average and top speeds.

People often talk about how fast cars, motorcycles, and aircraft can go. There is such a fascination with vehicle speed that the inquiry is all but guaranteed when certain vehicles become the topic for conversation.

But what about boats? Have you ever thought to yourself, “how fast can a boat go?” In this article, we’ll talk about boat speeds and the different things that affect the speed of a boat.

Either you plan to be a boat owner or want to figure out your current one’s speed, keep reading to find out more.

When talking about vehicle speed, it’s always fun to wonder about the fastest speed for vehicles of their kind. The fastest boat speed – the Spirit of Australia, set the current world record of 345 miles per hour back in 1978.

However, this speed is not representative of the speed expected of boats as the Spirit of Australia is a custom-made boat that used jet engines. For commercially available boats these days, speeds of over 170 mph would be considered the fastest speed range.

While looking at certain figures for top speeds is easy, establishing an average boat speed is much more difficult. There are many different types of boats, and each type would have a diverse range of expected top speeds and average speeds.

Below, you’ll find a few boat types and average speeds for each type. By looking at these boat figures, it will be easy to see how vastly different their speed ranges are and why it’s challenging to come up with a single average speed of a boat.

Some websites offer ways to calculate boat speed, such as a pontoon boat speed calculator or those for speed boats, but they’re still tricky to use as each model ends up having to use different variables.

The formula above is the simplest formula to calculate boat speed. It uses many of the factors mentioned above converted to numerical values. However, the result is a theoretical figure that does not take into consideration most environmental factors.

Additionally, variables differ from boat to boat, making it impossible to make a representative figure for boats using a single calculation.

It would be much easier to find a boat speed calculator. Still, the figures these calculators require are hard to acquire, and contacting the boat’s manufacturer would be the only reliable option. Whether they have such information on hand is a different matter. 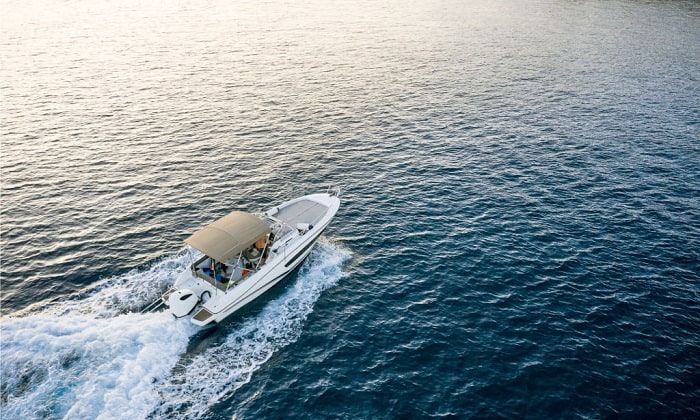 Speedboats are the fastest boats, with top speeds reaching over 170mph. These are commercial speeds, however, as custom speed boats can reach much higher speeds. With their sleek body and high-powered engines, these motorized boats are the symbol of speed on the water.

Average speeds for speedboats are at around 70mph, although high-performance models are expected to reach over 100mph. Since speedboats are known for their speed, there is a huge difference in performance between standard models and luxury ones. Not that speedboats are in any way regular as they are the equivalent of sports cars to boats.

Pontoon boats aren’t known for their speed since they’re usually associated with taking it easy and the occasional relaxed touring, though some can go over 30 mph. Not much compared to speedboats, but that’s faster than many would think them capable of going.

Since pontoon tubes make these boats wide, it doesn’t help as far as fast speed is concerned, making it difficult to reach higher speeds. An average speed of around 20 to 25 mph doesn’t take much away from them, though since a leisurely 10 to 15 mph already suffice. 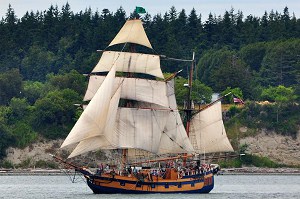 With their wide range of available lengths and varying sizes, it’s also difficult to establish a good average speed for yachts. Ranging from 25 to over 70 feet long, there can be such wide gaps in average figures.

They tend to get tied down by how big they get, but they can also carry bigger and more powerful engines. Currently, the top speed for yachts is 80mph but yachts that reach 50mph are considered extremely fast.

Sailboats are somewhat different from the other boat types on this list as they don’t have engines. While average motorboat speed is greatly affected by its engine, sailboats propelled by wind and sail are expectedly slower.

Average sailboat speeds sit at 8mph and top out at around 12mph. These figures may not seem impressive but needing no engine to travel is itself impressive.

Historically, the fastest sailboats reached a maximum speed of a little over 30mph. These boats brought goods and cargo to different cities in the 19th century and relied on travel winds. 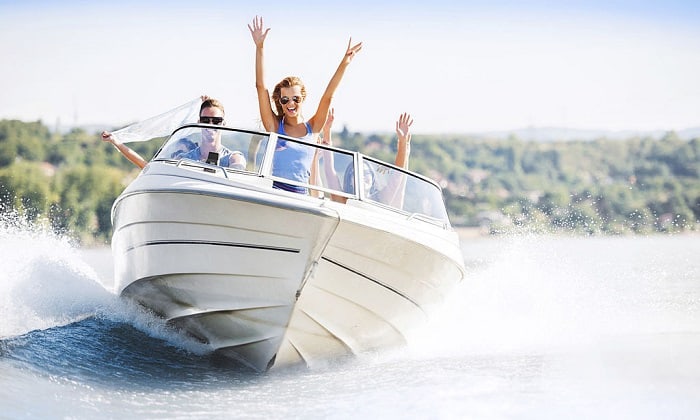 The length of a boat directly affects its speed. A longer boat is usually a faster boat. However, We must also measure the length of a boat in contrast to its width and weight. Length in relation to hull design allows a boat to effectively cut through resistance against water, making a boat run faster.

The size and weight of a boat both matter because both contribute to the resistance between the boat and the water. A heavier boat displaces more water, but the deeper water line also makes it more difficult for the boat to clear the waves of water along its hull, which is important to gaining faster boat speed.

Hull shape is another factor that has a lot to do with water resistance. While reducing this resistance is a major aspect in designing a hull, it is not the only important point for consideration. Not all boats demand speed, after all.

Pontoon boats are created to accommodate certain functions and amenities. Boat function is a critical consideration, and there are many instances where boat speed is but secondary.

As far as hull design goes, boat constants and slip percentages also change depending on each boat.

What powers a boat is another big factor that affects the speed of a boat. A motorized boat is almost certain to be faster than a sailboat, but other factors come into play. There are still sailboats that can beat out motorized boat speed, especially compared to pontoons or similar water vehicles.

Appropriate use of propulsion also comes into play. A boat with an overpowered engine may end up being unstable and unable to utilize the power of the said engine properly. It can also be dangerous to use such a boat.

There are numerous other factors that affect boat speed. Wind speed, water conditions, even water density can contribute to and affect the speed of your boat. Wind resistance, water-resistance aside, greatly affect boat speed even with the power afforded by high-performance engines.

How fast can a speed boat go? This question cannot be addressed so easily, even when a boat is equipped with such a powerful engine. There are numerous factors that all come into play.

After reading all these about boat speed, hopefully, you come to appreciate the wonder of boat speeds as you would for cars and aircraft. It’s a fascinating topic, boat speed calculation aside, that doesn’t get to share the spotlight as often.

If you know anyone else wondering how fast can a boat go, please share this short article with them. Don’t forget to leave your comments below as well, we’d love to hear from you.