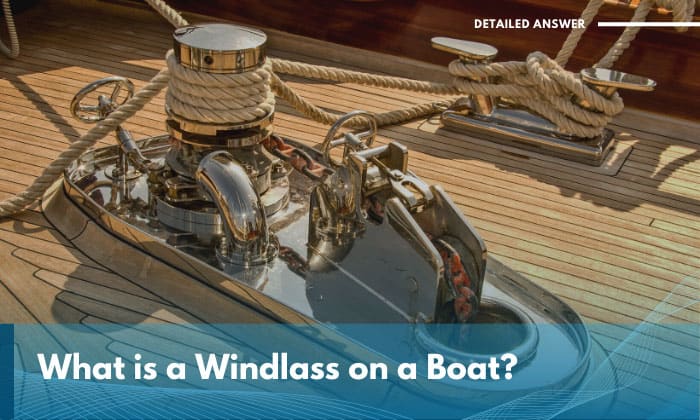 Payload management is one of the most difficult things to do on a marine vessel. That is why everything you find on board is there for good reasons; this includes boating equipment such as the windlass. But what is a windlass on a boat?

The windlass is a device used for holding, deploying, and retrieving the anchor with relative ease compared to by hand. We’ll take a look at important facts about it, such as windlass meaning and how it works.

Marine Windlass and Its Details 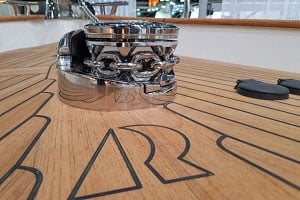 In general, the windlass is a device using a pulley mechanic to raise or lower an object, especially those with significant weight. A windlass on ship or boat, in particular, is used for deploying and retrieving the anchor.

2. Meaning – what is a windlass used for

What does windlass mean on a vessel, and how significant can it be?

For starters, deploying an anchor requires an appropriate rode length, which should be 4 to 7 times the depth of water. The rode needs to be unwound vertically in a careful manner and takes a lot of time to do. Not to mention the anchor chain is rather heavy—ranging from 2,500 to 50,000.

With the help of an anchor windlass, the task of winding and unwinding rode is much simpler and less prone to mistakes. This boat part is especially useful when longer lines or heavier anchors are used. 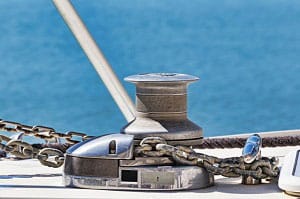 Illustrating how it works can be complicated because of the need to refer to a few anchor windlass parts name. These are its basic components.

4. Types of windlass and functions 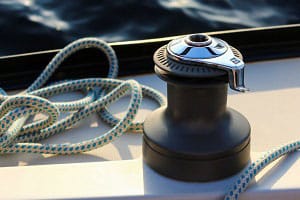 Anchor windlass operation can be manual or electric. Whereas the former requires muscle power to turn the crank, the latter can be operated with the push of a button.

Types of windlass may also be categorized into horizontal and vertical, where the difference is in the orientation of its axle. Regardless of type, anchor windlass function remains largely the same, although each design does have its advantages.

One of the biggest concerns with horizontal windlasses, despite their overall superior performance, is that they are exposed above the deck. While they are encased for protection, being at the mercy of the weather elements is still concerning.

Vertical models, however, don’t have this issue, considering they’re installed below the deck. However, this particular position makes it harder to access the motor and gearbox.

How Does a Windlass Work 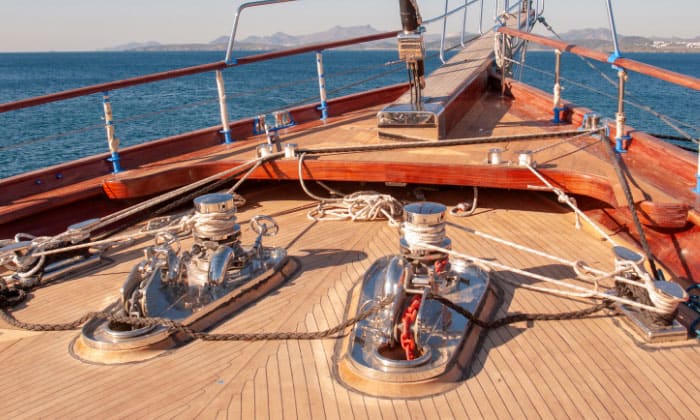 Refer to my description on the basic components of a ship windlass above and a diagram to visualize their construction.

To put it simply, the anchor rode should be wound around the gypsy. This way, when you turn the clutch, the axle will turn the chain wheel, bringing in or extending the anchor rode. In some cases, its entire length may go through other drums or even a capstan to make it easier to handle heavier loads.

When deploying the anchor, you’ll need to turn the chain wheel to gradually lower it. However, a windlass for small boats may use a free-fall system, meaning that you’ll only have to throw the anchor into the water and let gravity do the rest of the job.

Once the anchor has been deployed to the desired depth, you’ll need to hit the chain stopper to make sure that the rode will not continue to unwind. 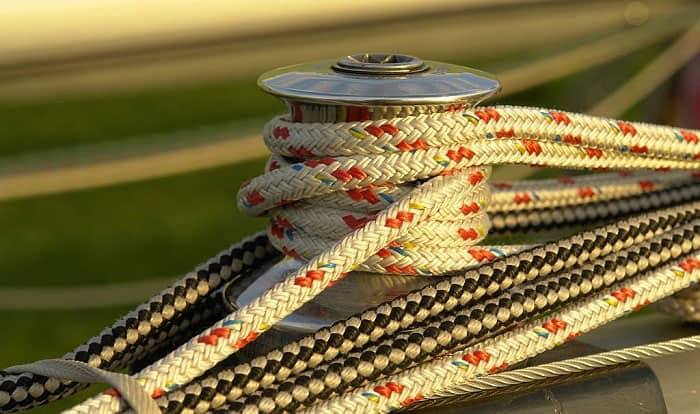 Why do they call it a windlass?

Aside from looking at the windlass definition, analyzing the name can give us a better idea of what it is specifically “why is it called a windlass?”.

To elaborate, two recognized etymologies for the word are the archaic Nordic word “vindāss”, and the Middle English word “wyndlas” or “wyndase”, all of which mean “to wind a pole”.

The windlass winch is a device of considerable size on the deck of smaller boats near the bow. It has a characteristic cylindrical shape protruding from its main structure.

Another telling feature of the windlass is the anchor rode running from it toward the bow, which connects to the anchor. Even the windlass anchor system beneath the deck can be identified this way.

What is the difference between a capstan and a windlass?

In their simplest forms, the main difference is that a capstan has a vertical axle while the marine windlass has a horizontal one. However, modern designs have led to the emergence of vertical windlasses as well.

Another point to consider is that windlasses are more complex structures compared to the capstan’s simple drum-like appearance. The capstan may also be part of a windlass. In these cases, the windlasses are either operated via pneumatic or hydraulic powers.

What is a windlass on a boat? Now you know enough to answer anyone else asking this question. You can now explain the basics of different types of windlasses, be them manual or electric. All that’s left is to get on a windlass sailboat and experience using it for yourself.

What other boating equipment do you find difficult to understand and use? Tell us about them in the comments section below.