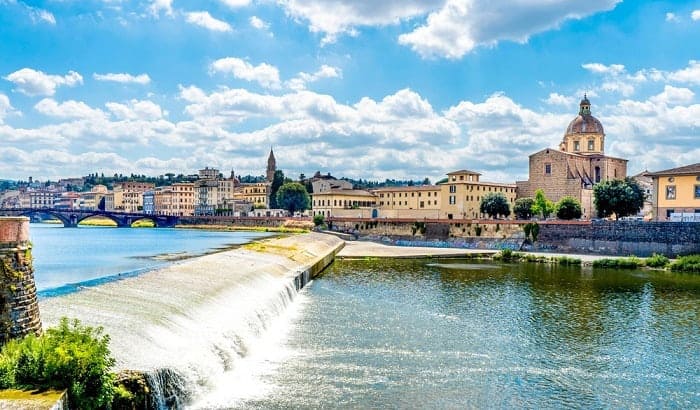 Engaging in water sports or adventures should be done safely. Due to this matter, you may have encountered the BA-17 question, which is asking if low head dams are dangerous for small boats and paddle crafts.

Low head dams are termed dangerous machines. The water that ends up at the bottom of the dam has a strong current that goes in a circular motion, called the boil or back roller.

This article will explain why are low head dams dangerous to small boats and paddle craft by disclosing everything you need to know.

A low head dam is an artificial and concrete structure that covers the width of the stream or river. It is designed to heighten the river’s water level upstream. It directs the water to irrigation and other areas, benefiting locals.

Once the water reaches the dam, it flows on the top and drops. The drop-off can be from 6 inches to 15 feet. These low head dams are tricky as they are in different parts of the country.

Some dams are prominent, but some are no longer in use and almost forgotten. Around tens of thousands of dams were established in the 1800s to power grist mills and industries that need water to operate.

The usefulness of this dam has declined, and the old ones are no longer marked. You can still find them scattered on streams and rivers.

Census data shows that there are 65,000 water-powered dams in operation. This total number of dams is located only on the eastern side of the US. There are more in other parts of the country.

Hundreds of these neglected dams no longer have owners. So, there will be no signs or warnings that will tell you that a forgotten dam is ahead when you traverse the river or stream.

When water drops from the top of the dam to the lowest level, the boiling zone appears. It is known to be the most dangerous part of the dam, which is also referred to as hydraulic that recirculates the water backwash.

You’ll be in trouble if you get stuck on the dam crest while paddling your boat. It will likely happen as the drawdown current has the force to pull you down. A life jacket becomes useless and less buoyant in this situation because of water turbulence.

What happens next is the current will pull your boat under the recirculation, in time, pinning down against the dam. Things can get ugly since it’s difficult for rescuers to get to the person trapped in the boiling zone.

I have mentioned the boiling zone first for you to have a better understanding of the drowning machine. The dam’s water flow that drops down to form a hydraulic or a recirculating backwash is like a drowning machine.

If you get snagged in the recirculation, you’ll go under it and get pushed down due to the falling water that comes from the dam.

4. Get Caught with Debris

You’re not the only one who will get caught with the vessel in the boiling zone. Expect twigs, branches, rock, tires, and other debris. Some of them will hit you.

When you’re on a sit-in boat, you won’t easily see if there’s a low head dam ahead of you. It’s also the same situation when paddling near the waterline and the water in the river is high. Sadly, you won’t have enough time to spot the low head dam and avoid it.

What to Do When Approaching the Dangerous Low Head Dams 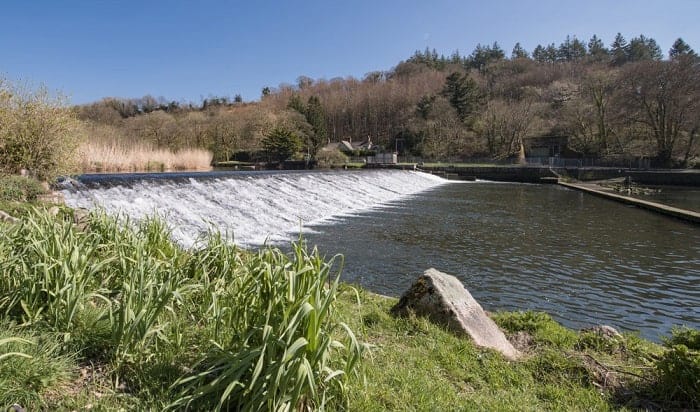 Avoiding the dam may sound treacherous, but it’s the most effective way to secure yourself and your boat. Since there’s no ultimate way of escaping the danger of a low head dam, you have to learn how to avoid it.

Markings may be missing on neglected dams, but you’ll see floating signals placed on major dams. Once you notice them, guide your boat to the opposite side. It’s a sure way to isolate yourself from the fatality of being trapped in the boiling zone.

Paddling to Reach the Shore

Secure your boat right away when you can see the warning signs of a low head dam. You can’t just turn back due to the mere current around you. So, you have to get out of the water.

If you find yourself in this situation, be quick in finding the nearest bank. The goal is to leave the dam and safely land your boat. You must be alert and paddle hard to win over the pulling force of the dam.

After successfully getting yourself to safety, cross the dam naturally. Walk on the bank or any road option. Use your discretion in taking a secured route and avoiding the low head dam.

Take your boat with you and make sure it’s far away from the dam. There shouldn’t be a strong current around that can take it away. You may begin sailing with a not-so-wide area, and you save some effort.

It’s best to sail in the river and stream when the weather is fine as there’s no potential danger.

This article clarifies ‘Why are low head dams dangerous to small boats and paddle crafts?’. With the facts about low head dams and tips on how to avoid them, the chance of getting caught in the boiling zone and drowning is low.

Always keep the steps on how to avoid low head dams in mind. Once you’re in the boiling zone, going back or rescuing is difficult.