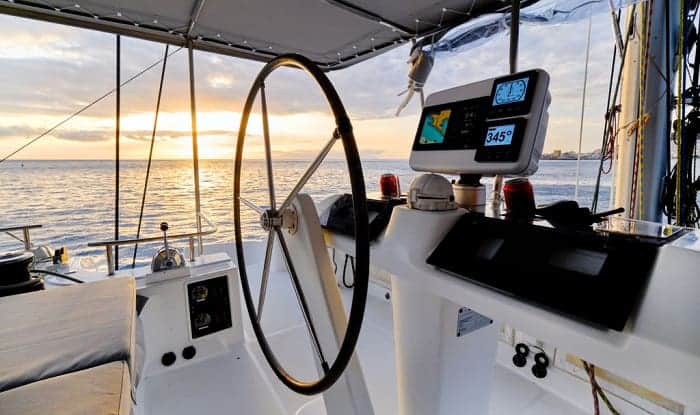 This steering wheel placement may be a new environment, especially for land drivers. While some countries have steering wheels on their vehicles’ right side, most states have left-hand driving.

Knowing the differences between left and right-hand driving is essential to make sure you can adjust comfortably on driving on your boat. These differences may take some time to get used to, but knowing the basics can get you started.

What Does Port and Starboard Mean? 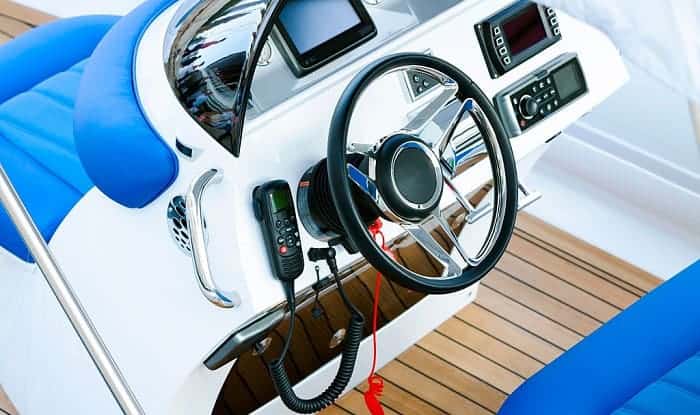 The terms “port” and “starboard” have their origin way before engines started working on boats. Simply, these non-interchangeable terms refer to directions. Port means the left side of the vessel, while starboard refers to the right side.

Paddles operated boats in olden times. Each paddle was their steering apparatus to keep the ship moving in their desired direction. Back in the day, and even now, most people who maneuvered boats were right-handed. They placed the paddles on the right side of the vessel, and this naturally became customary.

Over time, these paddles were slowly replaced by a big oar permanently adhered to the boat. Sailors used to call them ‘steorbord’, which gradually became starboard.

Unlike starboard, the port has a different origin. The left side used to be called ‘baecbord’ as sailors used to turn their backs on the left side while steering the wheel. The terminology changed to ‘larboard,’ which came from the word ‘ladeboard.’ The vessel’s left side was called this way as this was where most of the cargo and the passengers were loaded (or ‘laded’ as they got it).

People inside the boats easily confuse ‘starboard’ and ‘larboard’ as both may sound the same overseas. In the 19th century, they adopted and regularized the term ‘port’ for the vessel’s left side.

You may think why not use left and right, as it should be. Though it may be easier to directly say left and right while on a boat, these terms may confuse when relaying messages.

The possibilities of saying one direction can be endless, so around 16 AD, they regularized the terms ‘port’ and ‘starboard’ for nautical use.

Why are Boat Steering Wheels on the Right Side? 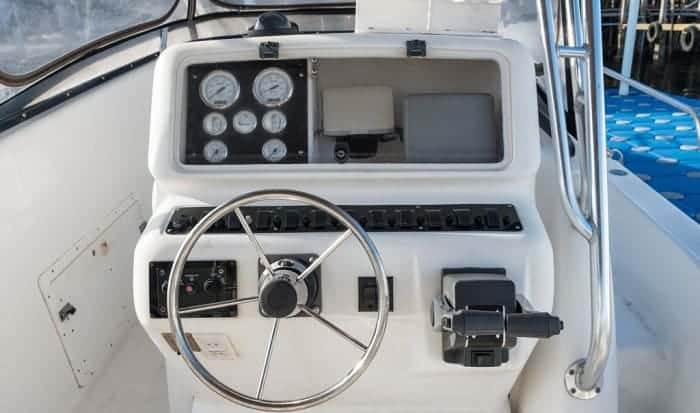 Surprisingly, there are a lot of reasons why steering wheels on boats are on the right side. Various technical and conventional reasons, lookout theories, and even international disciplines come together and keep the steering wheels of boats on starboard.

The propeller issue is one of the main reasons why steering wheels are located on the right side. As propellers spin clockwise, this motion tends to put the left side down. The port side is then pushed by around 2 to 3 degrees physically. In turn, the right side of the boat will significantly rise out. The weight of the one behind the steering wheel may prevent this rise and keep the ship afloat.

Other technical controls are also placed on this side to keep better management when the port side is pushed down.

Based on the International Maritime Organization rules, rule No. 5 states that each vessel should have an adequate lookout in hearing and sight.

Maritime professionals suggest that this lookout view should be fair enough from the bow to the vessel’s aft. And this view is on starboard. That is also why most controls of the boat are on this site, for greater visibility.

The International Regulations for Preventing Collisions at Sea stated that water traffic is mainly right-hand traffic compared to regular driving. Steering wheels are stationed starboard for this reason. When on a narrow water path, vessels must keep right.

As most sailors traditionally placed their paddles on the right side, it gradually became customary to keep the later oars, and eventually, steering wheels on the right side. Right-handed sailors are more comfortable with this setup as they passed on this tradition from generation to generation.

Are There Boats with a Steering Wheel on the Left?

Sometimes, it may also be found at the center. This placement is to have a better view of the sea and any vessel that is approaching. Traffic obedience is still maintained as these vessels don’t compete with the larger ones overseas.

Is Maneuvering a Steering Wheel of a Boat And a Car the Same?

Aside from the steering wheel position and location, there are other differences between maneuvering a car and a boat. Even if you are used to driving a right-hand-drive vehicle in your country, it is safe to keep in mind that driving a boat is way different than driving a regular car.

First, know that steering wheel control is different. Cars steer in front, while boats steer from the back, also known as its stern. In a car, steering can be pretty simple as when the front tires turn, the rest of the body follows. On a boat, you need to note that it swivels from the back. So direct the body of the ship in a way that pushes its stern in an opposed manner.

Second, consider that the open water has more robust winds. The direction of the wind may push the boat’s bow in a different course. Unlike cars, you also need to check on the current; it may drag the stern away from your chosen path.

Lastly, oversteering is a problem with new boat drivers. Unlike cars where you steer in your desired direction and stop at that point, newbies tend to oversteer on their path because boats take time to adjust while turning. Boat drivers then rewind when they exceed that point. Boats are harder to control, but when you get used to steering your wheel, it may come off more comfortable than expected. It may take time, but with practice, handling your steering wheel is as easy as driving your car.

The real challenge is yet, to begin with, the proper handling of the boat’s steering wheel. Land driving may give you a heads up, but know that things can be different on the water. The basics in direction and steering wheel placement give you the confidence that this knowledge may be useful on your future boat adventures. Besides, you can prepare more knowledge to winterize an outboard boat motor or charge a boat battery on the water to solve any problems you can encounter in your trips.