Ranger Boats is a well-known manufacturer that offers top-tier products for a smooth ride even in rough water. That said, some people would like to know who owns Ranger Boats and where their plant is before making their purchase.

During its over 50-year operation, Ranger Boats’ ownership has changed a few times. Currently, the company owned by the Bass Pro Group—a big player in boating. Keep reading to learn more.

Ranger Boats Ownership Over the Years 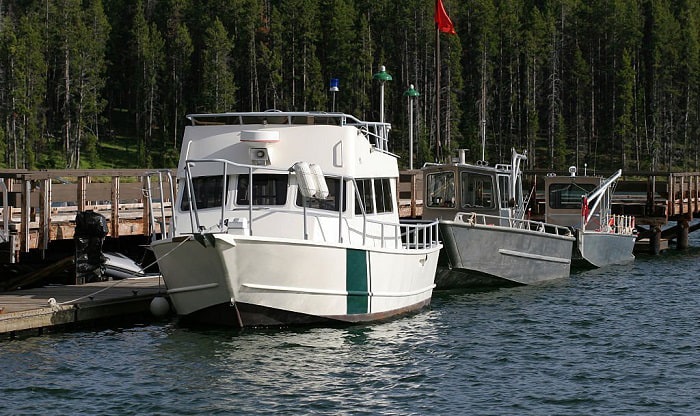 The Bass Pro Group LLC currently owns the company. Given the number of other fishing brands under the Group’s umbrella, their decision to buy Ranger Boat is not strange. To give you an idea, this retail giant now has a workforce of roughly 40,000.

While the founder- Forrest L. Wood- sold Ranger in 1987 to Thomson Co., he continued to work closely with it. In 1991, private company Genmar Holding claimed ownership of the brand until it encountered financial problems in 2009.

It was in 2010 that Ranger Boat was acquired by Platinum Equity before being taken by Bass Pro Group LLC in December 2014. Ranger Boats’ name still stands strong today, after over 50 years since it was founded and two years after Wood passed away.

Ranger Boats is one of the leading manufacturers of bass boats, along with other well-known brands such as Bass Cat Boats, Phoenix Boats, and Nitro Boats.

The company is known for its numerous industry-changing innovations, such as using more flotation material, and the aerated fish live well for fishing tournament catch and release.

Today, Ranger offers many other types beyond their original, including pontoons and aluminum boats.

The company was established in 1968 by Forrest L. Wood in Flippin Arkansas. The name was taken in honor of the Texas Rangers and the US Army Rangers.

Interestingly, while the creator of Skeeter Boats, Holmes Thurman, is credited for creating the first bass boat, the Ranger Boat company founder is known as “the father of the modern bass boat.”

Ranger Boats had its share of setbacks, such as its plant being destroyed by a fire in 1971, but what happened to Ranger Boats after that was rapid growth. They expanded the business and catered to other types of anglers in the mid-70s.

The bass boat manufacturer grew together with professional fishing, and Wood is credited with Ranger’s success as his designs boasted features sought after by anglers. Both Wood and the company remained active in the fishing circuits well into the 21st century.

Who did Forrest Wood sell Ranger Boats to, and when?

The company was first sold to Thompson Co. in 1987 but is currently owned by Bass Pro Group in December 2014, which bought out Ranger Boats in 2014. Other owners include Genmar Holding and Platinum Equity, which claimed the brand in 1991 and 2010.

Where are Ranger boats manufactured?

The Ranger boat manufacturing plant is now located in Flippin Arkansas. If you’re interested, you can even contact the company for a free factory tour on weekdays.

How much did Bass Pro pay for Ranger Boats?

While other details were provided, the amount paid by Bass Pro for the acquisition was not publicly disclosed. In other words, the exact price is anybody’s guess.

What other brands does Bass Pro own?

The agreement where Bass Pro buys Ranger also included Triton Boats and Stratos Boat Manufacturer. Aside from those, they also own Tracker-boats, Regency, Tahoe, and Ascend Kayaks, along with other boat companies.

Even after more than 50 years since it was founded, Ranger has managed to retain its identity as a leading boat brand. Bass Pro, who owns Ranger Boats, looks like it can provide the necessary support for stability well into the future.

What do you think of Ranger Boats after learning more about its history? Tell us your thoughts in the comments section below; we’ll be waiting to hear from you.