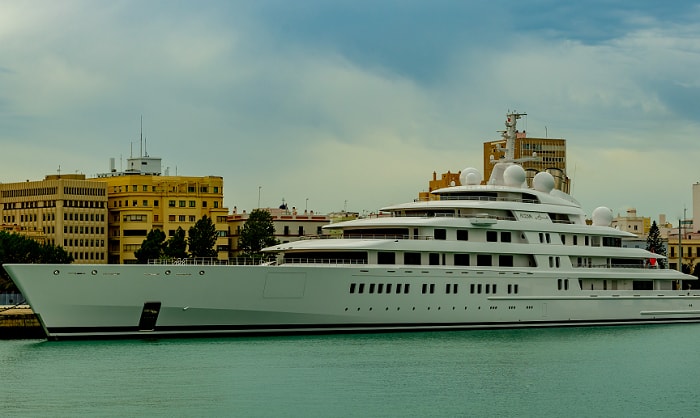 Yachts are a symbol of luxury, which is why they are almost always quite large when seen in movies and television. But have you ever wondered what size boat is considered a yacht? We wondered the same thing as well, and here’s what we found.

In this article, we’ll cover how big is a yacht, including yacht sizes. We’ll also take a look at how yachts came about to gain a better understanding of what makes a yacht.

Keep reading and you’re certain to learn something new.

What Makes a Yacht 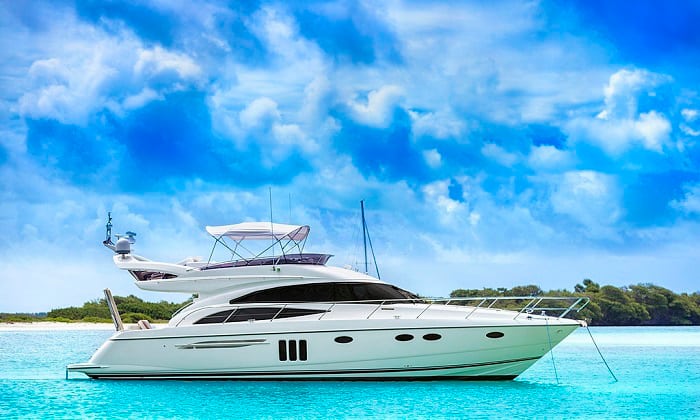 There is no single yacht definition set in stone. So when does a boat become a yacht?

It’s all a matter of purpose. Most of the time, it’s the manufacturer of a boat that decides whether the vessel they made is a yacht. But the most notable characteristic of a yacht is its ability to entertain.

Yachts are water vessels intended for recreation, and they are most well-known for luxury. Owning a yacht is in itself a luxury, and the usual offerings of a yacht are plenty luxurious. Lounges, dining areas, bars, private cabins, and quarters are standard features for yachts.

It’s almost like being in a hotel on the water, a hotel that also has the mobility of a high-performance boat. Aside from these standard features, yachts can have even more jaw-dropping offerings such as pools or sports areas.

Another defining trait of yachts, as mentioned earlier, is their high performance, which means they have a powerful engine or a large sail. All of the known features of yachts point to them needing to have a certain amount of space and being of a certain size.

In order to further understand what yachts are, let’s take a look at the beginnings of this luxury vessel.

History of the Yacht

The name “yacht” comes from the Dutch word “jaght” meaning hunter and also refers to a Dutch sailing vessel. After one of these vessels was used to carry King Charles the Second back to England, he and his brother had a pair of yachts made.

These yachts, built for recreation and used for racing, became popular among the nobility, who many had yachts of their own built. While such recreational vessels had been built even before King Charles the Second used one to return to England, the name yacht was the one that stayed.

In the beginning, yachts were vessels for transporting important people, and luxury was just the result of accommodating people of such stature. Eventually, yachts became synonymous with luxury, and people started building them for such purposes.

In the 20th century, the rapid development of technology and production gave the yacht an expanded purpose, becoming a status symbol for wealthy people.

These days, the cost for yachts has become lower, which makes them more accessible to a wider range of people. However, the ceiling for luxury has become so much higher with private yachts going as high as millions of dollars in value. 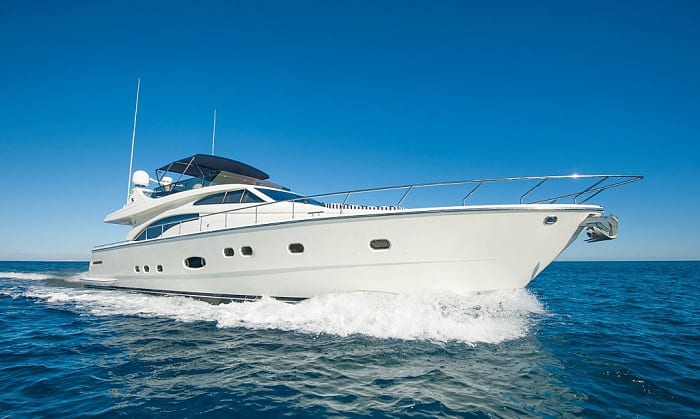 Yachts being as ambiguous as they are, there are many types. The types of yachts below do not belong to a single category, but they are common types that you would do well to remember to avoid getting lost in the vast sea of definitions for yachts.

The sailing yacht is powered by large sails. The Dutch jacht was itself a fast sailboat used by the Dutch navy for chasing down pirates. This high performance is something that the yacht inherited and is expected of yachts to this day.

These days, sailing yachts can still be found, despite the prevalence of motorized boats. There are also hybrid types, yachts that have both sails and boat motors.

The motorized yacht is simply a yacht with an engine. However, there is nothing simple about the level of performance expected of such a vessel. Owing to the yacht’s history of being used for racing, even motorized yachts are expected to be speedy.

Yacht engines need to have a certain degree of power and handling that allows yachts to retain high performance even when they are as large as they are. The size of such engines and the space needed to fit these engines make the yacht even more costly.

The name superyacht is somewhat self-explanatory in what it is. Whatever a yacht is, make it more. Superyachts are bigger, more luxurious, and are able to accommodate more people aboard. This also means a higher level of requirement for their crews, as superyachts are professionally crewed.

Superyachts are expected to be at least 24 meters or around 79 feet long. Most superyachts are longer than this, though, and reach lengths of over 100 meters. The longest superyacht at the moment is the Azzam at 180m or 590ft, which is valued at around 600 million dollars.

Another type is the megayacht that is expected to be at least 50m in length. For some reason though, the Azzam is officially a superyacht as it is up to the manufacturer or owner to decide whether their vessel is to be considered a superyacht or a megayacht.

Difference Between a Boat and a Yacht

To further illustrate what yachts are, let’s compare them with boats. We’ll take a look at three points to compare them.

There is no minimum size for boats, although they are usually 15 to 30 ft long.

While yachts do not have an actual size limit nor an actual size requirement, as long as they can entertain guests, they can be called a yacht. However, yachts are expected to be at least 10m or 33 feet long to have enough space for the level of performance and accommodation expected of a yacht.

Terms such as superyacht and megayacht help to identify the size range of such vessels but are usually not required. Whether a yacht is private or commercial is usually the more pressing matter.

As mentioned above, superyachts need a professional crew. This is due to the superyacht requiring a certain level of performance and accommodation.

As far as boats and yachts are concerned, they are similar. They both do not require a crew, professional or otherwise, and can even be sailed single-handedly. While yachts need to be able to entertain, accommodating as many as eight guests is manageable by as few as two or three people.

Boats are transport vessels, and as long as they can carry what they need across the water, they are boats. The facilities they have on board are dictated by what is necessary for them to fulfill their purpose.

Yachts, however, need to both transport and accommodate people. Luxury and recreation are perhaps the most defining characteristics of such a vessel. There is no true requirement other than to entertain, but the facilities aboard are all for satisfying the said requirement.

When is a boat considered a yacht? After reading this article, it should be clear that it is all a matter of luxury. Although there is no standard way of defining yachts, you now have a better idea of what characteristics to look for.

If you know anyone else wondering what size boat is considered a yacht, please share this article with them as well so that they too can learn. Also, feel free to leave your comments below.