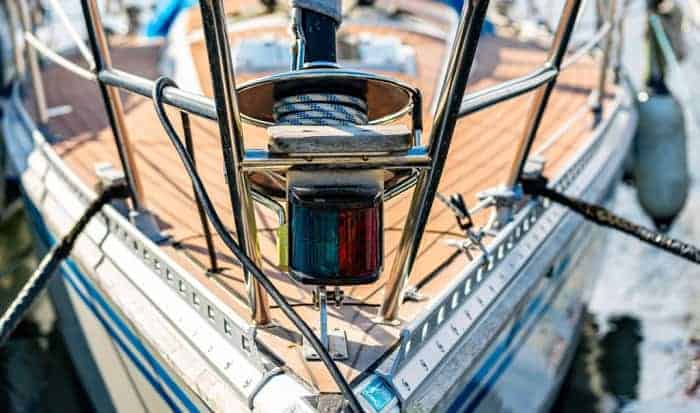 If you haven’t been hoisting the blue peter for long, you probably still want to brush up on a few navigation basics. Are you already aware of the fundamental boat orientation terms but still don’t know the standard port and starboard colors?

Did you know that they do well to ensure boat safety? For the port side, most boats regardless of size use the color red. However, that’s just the other half. What color is on the starboard side of a boat?

What Color is On the Starboard Side of a Boat 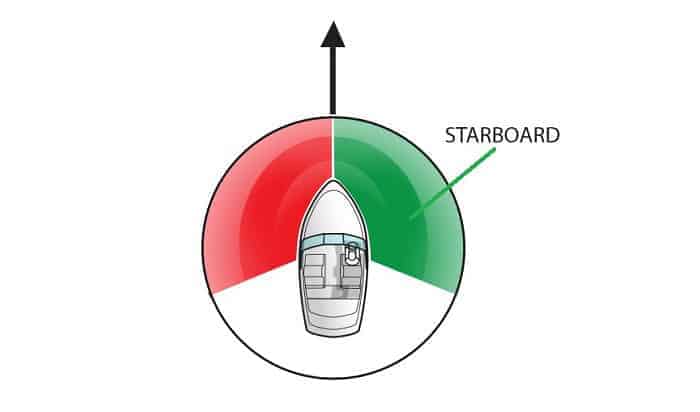 Boats display a green light on their starboard sides. When you observe most vessels at night or during heavy fog, you’ll see that these sidelights or combination lights are always on. All the better if you have an overhead view from a plane or helicopter, for example, which incidentally use the same lighting protocols.

Regardless of your position, these sidelights serve as great guides and references for other vessels you encounter or that are near you. Most boats of any size are required to direct these sidelights at an angle of 112.5 degrees toward the ship’s stern.

It’s almost arguably a given that this is the corresponding color starboard side of the boat. Green and red in the field of transportation have ready, close to universal connotations, after all.

However, using that analogy, does that mean red means stop and green means go when it comes to port and starboard colors? Not exactly, but there are some historical anecdotes and data that serve to support that.

Why Green Became the Standard

Green has always been the international standard for close to two centuries now. If we’re going to throw some history into the topic, the UK was the one that passed the regulations of using red and green sidelights on the port and starboard way back in 1849. It didn’t take long for the US and other countries to follow suit.

Beyond that, green also symbolizes the safe side of the boat. For one, most ships place the steering wheel on the starboard side. By assigning a green color to it, it readily connotes the side of the boat where the helmsman will always have a clear and therefore, safe field of view.

The red port side, on the other hand, essentially becomes the blindside. Red means there’s limited or even zero visibility. Therefore, other vessels are encouraged to turn to the starboard side. Instead, to pass your boat or stop to avoid a collision when they’re facing the port side.

Another interesting historical source is Cockcroftand Lamemrfier’s “Guide to the Collision Regulations” as mentioned in this forum topic. In that book, it’s assumed that the green and red sidelights were, in truth, influenced by railway signals that mean stop or go. It shouldn’t be a surprise since the history of road traffic lights also stems from the railroad industry. 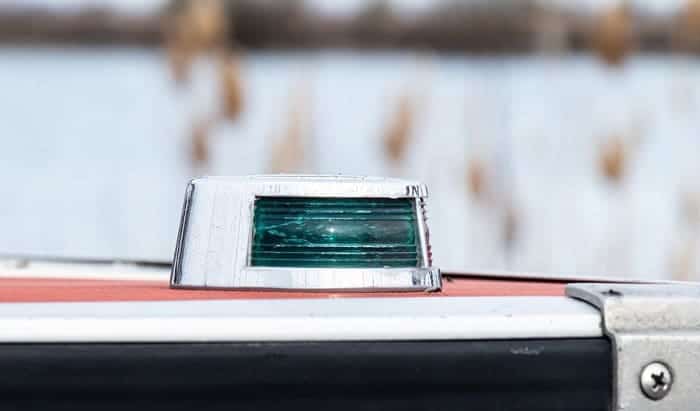 When in Doubt, Stick to Some Nifty Sailor Tips

Now that you know the colors, how will you get this information to stick in your mind? It’s understandable to get a little lost when trying to know which side is port or starboard, especially if you’re under pressure. Did you know that some sailors use reflective tape on certain parts of their vessels, so they’ll always be in the know which one’s which?

Others even use these creative methods:

Nowadays, port and starboard signal lights can be bought separately. They either come as a pair or as individual lights that can be mounted on a boat’s deck. Many also come as stainless steel-covered lights to offer optimal protection against moisture and the elements.

Notice the tinted plastic cover encasing the light bulbs? That’s what helps display the corresponding green or red light for either side of your vessel and add a layer of protection, too. These lights use at least 10W bulbs to support users’ visibility. Usually, they are made out of LEDs to save power.

It has been the standard for navigational safety for all these years, regardless of a boat’s size. It’s likely to stay that way because most sailors have become oriented and accustomed to these colors.