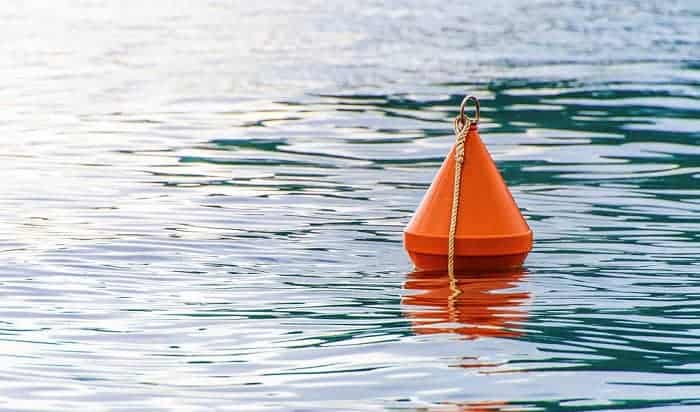 Safety is a primary concern when navigating waterways. Collision with underwater objects is common, among other hazards. Hence, to avoid such, water markers are must-haves. But what color are safe water markers?

Safe water markers are red and white vertical stripes. In some cases, it has a top mark, which is a red sphere. Some will also have white lights with four patterns – Morse Code A, occulting, isophase, and flashing every ten seconds.

Read on and I will discuss more about safe water markers color, as well as some tips to minimize risks when cruising.

What is a Safe Water Mark

It is exactly as the name implies – a mark to indicate that the water is safe. Also called fairway buoy, mid-channel buoy, or sea buoy, they guide boaters to prevent going through a hazard, such as rocks that can impede the propeller.

Throughout the world, there is a uniform system for safe navigation. Like how traffic lights guide drivers on the road, water markers, buoys, and beacons will guide mariners at sea. The goal is to create a consistent scheme to avoid confusion.

The International Association of Marine Aids to Navigation and Lighthouse Authorities (IALA) is the main organization that governs the use of water markers. It is a not-for-profit agency that creates global rules to guide sailors in unfamiliar territories.

Aside from indicating safety, these water marks also reflect the start and the end of a channel. After seeing the marker, one should know that this is the first part of a navigable route. It also shows a port’s entrance and the demarcation between confined and open waters.

What Color are Safe Water Markers 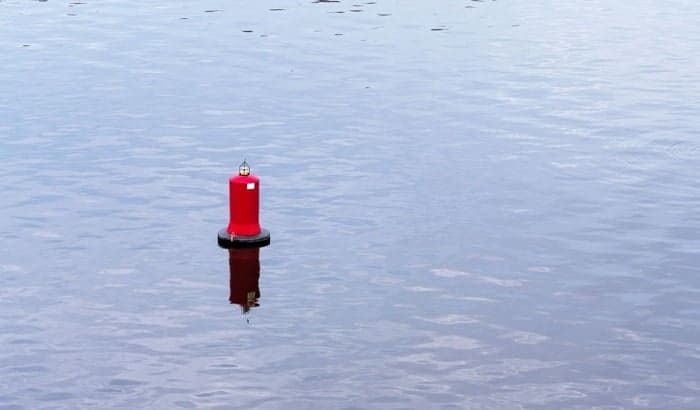 Red and white are the colors of safe water markers. They are designed vertically. Meanwhile, it also has a red spherical top mark. It marks fairways, mid-channels, and other waterways that are safe for marine navigation.

Some safe water markers have white lights, which are useful for nighttime cruising. The light can have one long flash every ten seconds, Morse Code A or one long, then one short flash, and isophase or equal periods of on and off.

Aside from the color of safe water markers, another way to distinguish a safe water buoy is through its shape. It is spherical, spar, or pillar.

According to the IALA, below are the types of water markers critical for a secure boating experience.

Watch the short video below to know more about the different types of buoys that will guide you in the water.

Also called lateral post or lateral buoy, it has different designs depending on where it is used. It indicates the direction of the buoyage, dictating where the vessel must go. This is unlike in safe water marks wherein you can go either on starboard or port side.

This marker indicates which side has the deepest water in an area. It is a spar or pillar, but it has no conventional shape. The direction of the conical mark is also important to understand, as it indicates the hazard’s position, letting you know the direction where you should go.

There are four main types of cardinal marks:

As the name shows, it is a marker to indicate a hazard in a navigable area. This means that even if the water around is safe, there is a secluded risk. It has two black spherical marks at the top with two flashing white lights.

It is a yellow maritime pilotage indicator with an X mark on the top. Its light flashes in distinctive patterns, which are different from the buoys in the surrounding area. It can indicate dead ends, pipelines, oil wells, anchorage areas, historic wrecks, and submarine cables. 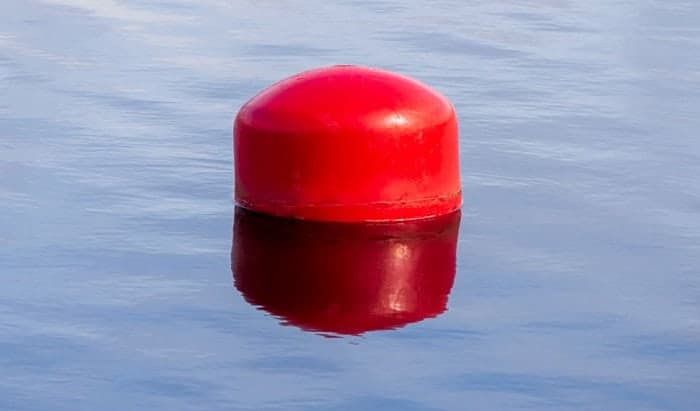 Aside from safe water markers, below are some of the most important tips so you can navigate confidently.

Do not rely merely on markers

While markers help guide you in an unknown place, they are not enough. In some cases, they might have been moved or damaged, making the indicators unreliable. Therefore, do not treat the markers as an absolute guide.

Upon checking the markers, look at your graphs and maps as well. A GPS navigation system is a must-have for your boat. For instance, with Garmin Striker 4 GPS, you can see objects clearly underwater to spot hazards and confirm what the markers are saying.

For your peace of mind, a nautical chart should be your best friend. Whether it is in print or electronic version, it will help plot destinations while avoiding obstructions along the way. Additionally, it makes sailing smoother as you are informed about tidal ranges and underwater features.

Before sailing out of the deck or shore, check the water. It pays to be informed of any disturbance, such as harsh winds and rough waves. Do not go in the water when there is a thunderstorm.

Even if there are markers scattered around the water, they won’t help if your boat is the problem. So before sailing, check the engine and other crucial components. See to it that they are running smoothly to avoid any problem.

Know the rules of navigation

Before you set out, familiarize yourself with the rules. Most of these regulations are followed globally, so it does not matter where you are. If you are aware of the directives, it is easier to stay safe and sound.

The most important thing is to be watchful of your surroundings. Day or night, sailors should be attentive. Watch out for any visible hazard, not just buoys. Focus on steering the boat and stay out of distractions so you can react quickly when there is a need to.

When you see a white water marker with red vertical stripes, it is indicative that the area is safe. Some will have a red sphere or a white light. It means that there are no rocks and other hazards that can collide with your vessel.

To minimize risks when cruising, it is not enough that you only rely on the water marks. It is also good to invest in a Garmin Striker 4 GPS product, making it easy to see the objects underwater.

Did you find the answer to the question “what color are safe water markers”? Is there anything else that you would like to add? Leave a comment below and let us know.