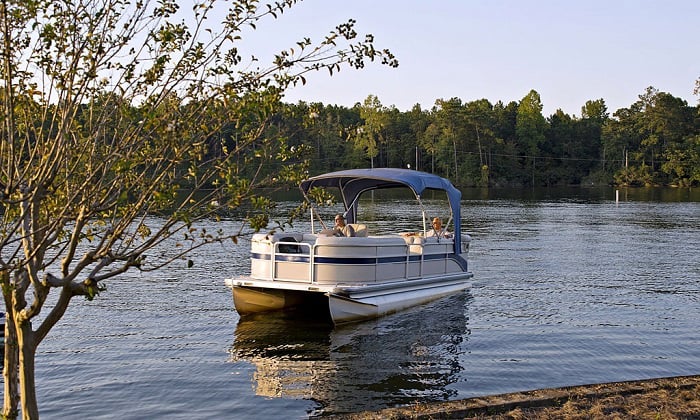 Nothing can stop the evolution and advancement of pontoons. As various models and styles surface, you’re surprised to see three pontoon boats. This is called a tritoon because there are three toons instead of the usual two pieces.

Hence, some people are confused with tritoon vs pontoon boats. It usually happens before a purchase. Not to mention the number of toons, tritoons are a bit bigger than pontoons. Tritoons’ length ranges from 23 to 30 feet, while pontoons are from 16 feet to 27 feet long.

It means you should get a tritoon to cater more passengers. To weigh other aspects of your decision, a further comparison of pontoon vs tritoon will be discussed in the following part. 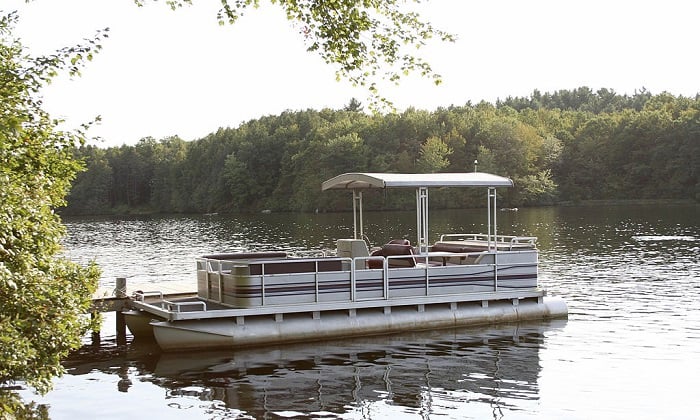 A pair of tubes that are made of steel supporting a wide deck became popular in the 1960s. Aluminum was the preferred material later on. This vessel is intended for low-speed cruising over flat waters.

Discovery is unstoppable and in the 1980s, builders added a center tube that can turn a pontoon into a tritoon. The purpose of this modification is the improvement of handling and performance. Thus, you can choose from twin or triple pontoon boats.

You can’t go wrong when choosing a pontoon, but there are some limitations. It can sometimes lean to the outside or away from it. You won’t worry about it if you are on low speed. However, going fast can make the passengers feel uncomfortable. Also, the pontoon might slide when turning rather than carving. These things happen due to low horsepower too.

What is a tritoon boat? The center tube is added to produce a tritoon that has a slightly larger diameter. When going at a fast speed, the center tube delivers stability for the two tubes. There’s also an improvement in handling and level of comfort.

Since a tritoon can handle speed and higher horsepower, it’s unarguably suitable for a watersport towboat. The larger ones can be equipped with two or three outboard motors.

The center tube also enhances the capacity of the craft. Due to its larger size, it can bear more passengers, amenities, and fuel. You’ll be more comfortable riding it as it stabilizes itself on rough water. Nonetheless, a higher price tag is reciprocated with the advantages that tritoons can deliver. It’s due to the additional center tube and more capable engine.

Pontoon Vs Tritoon Boats: Factors That May Concern You 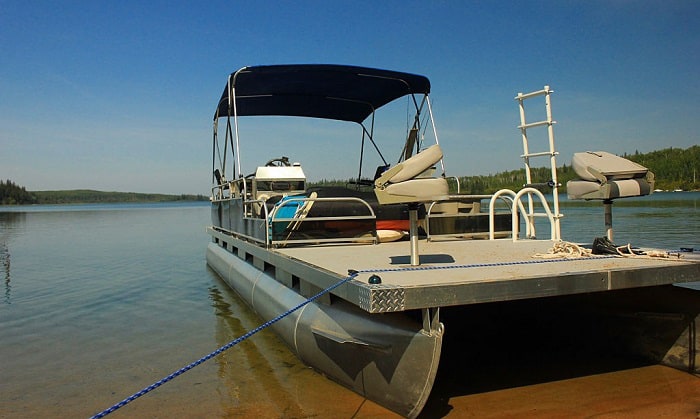 Is a tritoon better than a pontoon? After reading the previous parts, you may feel partial and your vote is for tritoon. Nevertheless, there are some factors that you should consider based on your usage of toon. That’s why tritoon boat vs pontoon comparison will help you figure out which works best for you.

Both of these toons stay efficient in various water and weather conditions. However, their capabilities are not similar. Due to the relatively stronger engine and three tubes of a tritoon, it manages to face the ocean or other rougher bodies of water. It can easily cut into the water compared to a pontoon.

Hence, there’s less bouncing and rocking when you’re in a tritoon while crossing the waves. You’ll be more comfortable as you enjoy the smooth sailing trip! The abilities of a tritoon may not be necessary if you choose to sail on the lake with calm water.

You can settle for a pontoon as you won’t need to take advantage of the tritoon’s potential. It’s just a waste of money when you’re unable to put something to good use. The speed of tritoon is handy when participating in water sports though.

You may sometimes come across a crowded lake. In this situation, water becomes choppy and it would make your pontoon rock a bit. This can give you an experience of a rough ride which won’t likely happen with a sturdier tritoon.

The size and bulkiness of a tritoon make them stable on small bodies of water despite limited space. However, the downside is the difficulty of docking but you can practice doing it to be a better tritoon owner.

As already mentioned, tritoon is the ideal choice for watersports. If you’re into this, it’s unquestionable that tritoon is for you. It has a motor and speed that are applicable in doing different kinds of watersports.

But you have to know some drawbacks of the tritoon’s large size because it can affect the handling and steering. It hinders the maneuverability that is essential in doing watersports. For instance, zig zagging with tritoon won’t be as smooth as when you are in a pontoon.

So, tritoon doesn’t always work for all watersports. You can consider having a pontoon with an efficient motor with enough power. Then, you can discover that you can enjoy some water sports with a pontoon.

Most people get a boat for fishing. It’s common knowledge that a pontoon is a notable fishing vessel. How about the three tubes? Is there a difference between pontoon and tritoon when used as a fishing boat?

Because of the tritoon’s size, it takes a lot of effort to navigate narrow areas. As you can imagine, it won’t be simple to handle when going through small bodies of water. Some who usually go fishing use a trolling motor to not scare fishes away because it’s small and quieter.

However, this trolling motor is not compatible with tritoons. It doesn’t have enough power to pull a single tritoon. On the brighter side, you can use these three tubes when fishing, not in shallow waters, but in the deep.

You can proceed to large lakes or the ocean with your tritoon. Since there’s a lot of space in it, you can invite more people to enjoy fishing with you and bring some stuff with you. It’s also possible to leave one location for another due to its speed. This opens the opportunity for long sessions of fishing.

Owning a boat comes with a need for a trailer. It’s the most essential for those who take out their boats and transport them to another place. A trailer is also necessary for maintenance like cleaning, polishing, buffing, waxing, and other procedures that are done properly. It’s also crucial for winter storage, even if there’s a boat cover.

A large trailer should be allotted for a tritoon and it must have a special braking to get along with the vessel’s size. This part ensures protection for your property and yourself as well.

Using a tritoon will also require you a ‘boat launch’ that is huge enough to accommodate its size. This is not a usual issue with pontoons. More so, a large trailer will be useful for the maintenance and storage of your tritoon.

Nothing’s wrong or insufficient with a pontoon if you typically hang out at a calm lake. But in case you’re looking for a speed over 40mph for boarders and tow skiers, you have to buy a tritoon. Even if you cross choppy waters and face strong winds, you can head out.

As of now, the abilities and differences between tritoon vs pontoon boats are clear to you. You know what you prefer and you can decide which will work for you. Pontoon is the right candidate if you usually traverse calm waters. But you need to have a tritoon for deep and vast waters and the speed needed for doing some sort of extreme watersports.