Any sailor should be familiar with their vessel. Knowing your boat’s entire anatomy, especially its basic parts, validates your capacity to operate it and respond to any maritime incident that may arise.

That being said, it’s only right that you’re asking fundamental questions such as, “What is the bottom of a boat called?” The short answer: it’s called the hull or, to be exact, the underside part of it that is exposed to or submerged in water. Based on its type, it fulfills vital functions like helping vessels to plane, aiding in hydrodynamics, and offering protection, among others.

What Is the Bottom of the Hull, Its Categories, and Functions? 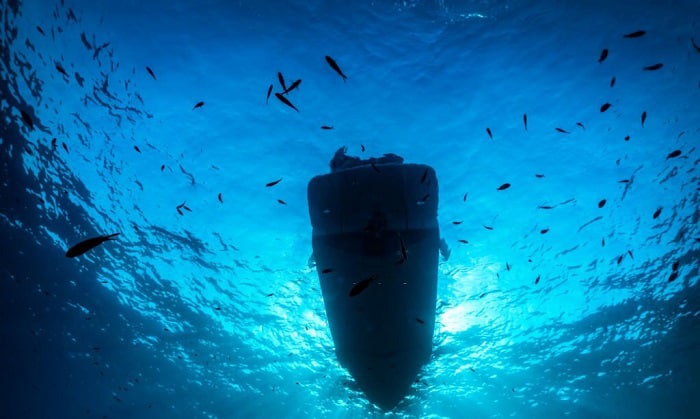 Except for most flat-bottomed vessels, boats integrate keels on the bottom of the hull to add stability and prevent them from tipping over. In order to gain a deeper understanding of how it functions, we need to look at different kinds of hull designs.

Hulls can be categorized as:

As you can see, when we make these categorizations, we pertain largely to how the underside of a ship aids in helping it move over the water.

Incidentally, do you know why the bottom of a ship tends to be painted red? Well, I mentioned the hull’s role in protection, right?

In the past, the copper applied on the vessels’ hulls to protect them from barnacle growth gives it that reddish hue. It stayed that way for many decades until we were able to manufacture better forms of biocides that have more neutral colors.

Even as they became the norm, most shipbuilders chose to keep the look and continue to paint the bottom of their vessels red. They mix red paint with the biocide to stick to tradition.

If you dive into the water next to a boat or observe the bottom part of a vessel when it’s on a trailer, you’ll see that the shapes they have largely differ. That’s definitely a clear testament to the wide variety in hull designs nowadays.

We can go beyond the three categorizations mentioned above as proven by the following types: 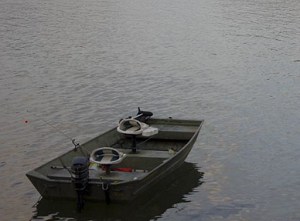 Having a shallow draft, they are a type of planing boat that does extremely well on calm and relatively small bodies of water. Generally, they can carry heavier loads, but this will still depend a lot on the size of the craft.

Just because they’re called “flat-bottomed” doesn’t mean that their bottoms are entirely shaped that way. Expect most to have a wedge (i.e. the familiar V-shape) at the center to add stability when on water. 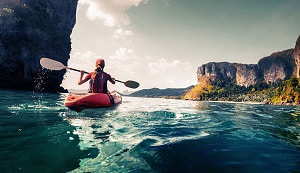 The bottom of a sailboat will typically have this shape. Part of it is due to the overall efficiency of this kind of displacement hull. The shape allows optimal drag or resistance reduction, for instance.

The shape also paves the way to more buoyancy for the vessel, which makes up for the comparatively lower stability. 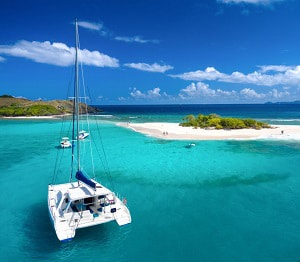 This is another type of displacement hull. It imparts ample stability and is very energy-efficient. They also allow ship makers to keep their weight down with ease, at least, when compared to their monohull counterparts, which are more conventional. 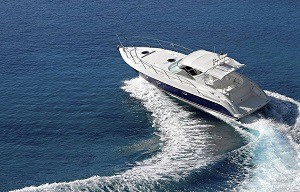 Look at most powerboats and high-performance watercrafts you come across, and they will most likely have this hull. The design allows the vessel to enjoy better directional stability and a deeper draft.

They withstand rough waters fairly well and move exceptionally fast compared to their counterparts. An added perk is that the shape of their hulls often ensures water won’t splash on you. 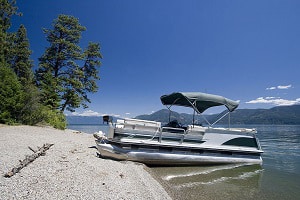 They’re called such because they use pontoons or floaters. It’s easy to notice the round shape of these planing hulls, which not only cuts manufacturing costs (because they require fewer materials to keep the hull rigid) but also boosts buoyancy.

Besides the pros said above, boats with this hull enjoy markedly minimal resistance and great all-around stability

1. What makes the stern different from the hull?

While it’s part of the hull, the stern is not exactly the same as the hull. The former is the back of the boat, and in most cases, it extends to the bottom of the vessel.

The etymology of the word is interesting since it actually connotes its protective qualities. It was derived from the Proto-Germanic, Old English word, hulu, which means to “provide protection or cove.”

To summarize everything, the hull spans the bottom of the boat, so most maritime experts deemed it appropriate to not have a separate term for it. The underside comes in different shapes and types to better accommodate changes in maritime conditions and the environment the boat is expected to sail in.

Inevitably, if you love your boat, you will learn every part and every nook and cranny. So, besides wondering, “What is the bottom of a boat called?” I highly encourage you to have the same curiosity for its other parts.