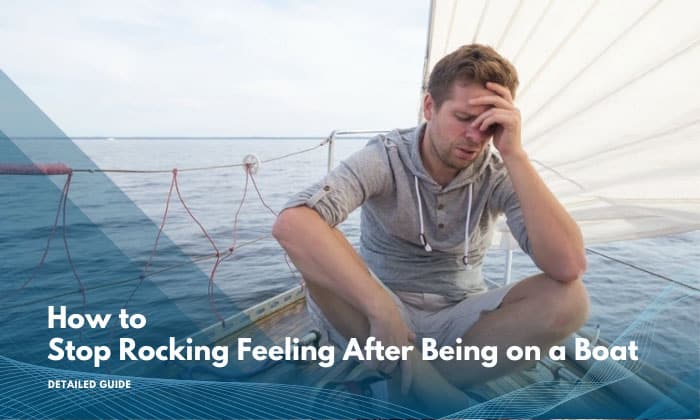 Many of us get that feeling like you’re on a boat when you’re not after a cruise. Some actually like it, as it helps them sleep like a baby. Others clearly don’t and will do anything to know how to stop rocking feeling after being on a boat.

If you count yourself among the latter, this guide’s for you. You’ll be able to employ a couple of proven techniques to prevent becoming dizzy after being on a boat all day. You’ll also get back those land legs quickly ala Captain Jack Sparrow – minus the quirky, unstable sway, of course.

It only takes a few measures: resting for a day, doing vestibular exercises, and consulting a medical professional.

The Reason Behind Vertigo or Sea Legs After Boating 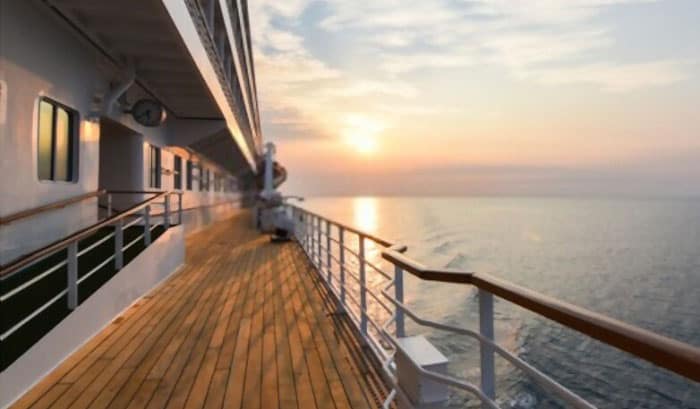 To better understand why I’m sharing the specific remedial techniques in this post, you first need to know what causes that woozy feeling in the first place.

Make no mistake, that rocking and swaying motion we sometimes or often get is nothing but vertigo or motion sickness. Vertigo after boating, especially if you’ve been on a cruise for a relatively long time, is likely to happen.

After all, you develop sea legs while out boating, thanks to the rocking motion caused by the waves. Your body and brain inevitably adapt to that constant motion.

Having sea legs while on a cruise is great as it allows you to keep your balance and footing to handle that swaying motion. However, sea legs after cruise are bad news because that means you’re still technically in “cruising or boating mode” while already on land.

On the whole, though, it’s still a mystery why folks get sea legs long after disembarking or its more serious cousin called the mal de debarquement (sickness of disembarkment) syndrome. Most cases are tied to an inner ear problem after people pay their doctors a visit.

Thankfully, there are various ways to cure land sickness after cruise. A couple just requires you to invest nothing but your time, while others involve doing a few simple exercises or, as a last resort, taking medication.

In most cases, the swaying after being on a boat stops after a certain period of time. Plenty of people report having it for only 2 days, while others say theirs lasted for 2 weeks.

So, almost inevitably, time will be your ally when it comes to this problem. However, it’s understandable that not all of us have the luxury of waiting too long. Some of us have to get rid of motion sickness after being on a boat because of a pressing schedule or an emergency.

That being said, here are most of the steps you should consider taking to hasten your land legs’ return.

1. Take a rest day after the boat trip or get moving. 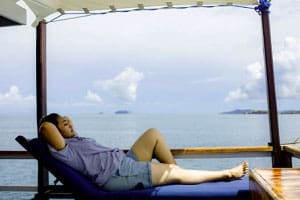 Experienced cruise-takers can attest to this vertigo after cruise treatment. You just have to sleep that rocking feeling away. The key is to stay horizontal for the entire day.

Having an entire day off (if not two) quickens your body’s recovery and will only take time and patience.

Meditation also helps because anxiety can worsen this issue. Prioritize doing something that greatly relaxes you and only involves light physical activity as much as possible.

The second point may seem counterproductive considering the first step. Motion does help alleviate the main symptom, though, particularly if it involves an activity similar to driving a car or riding one.

2. Perform a couple of these exercises. 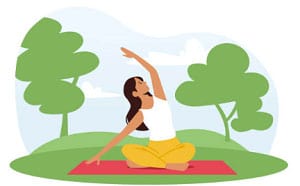 Vestibular rehabilitation exercises focus on balance issues, so it’s no surprise that they work for this feeling. Here are a few I can attest to, and which I recommend you perform at least three times a day: 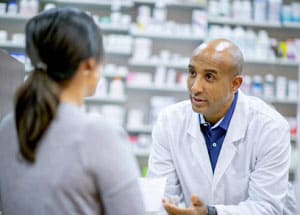 Motion sickness meds like Dramamine, Antivert, and Benadryl work for most people. If they don’t or you’ve been having the issue for a long time now, I highly recommend you stop delaying going to the doctor.

You could already have mal de debarquement syndrome, especially if you’re swaying after cruise and experiencing other symptoms like fatigue, lack of concentration, and anxiety symptoms.

What is Sea Leg?

Sea legs are what you get once your body and mind become attuned to normal conditions whenever you’re riding a boat or ship. “Normal” in this regard involves your body constantly bobbing and swaying. It’s just that your brain makes the necessary adjustments, so those swaying sensations disappear over time.

Unfortunately, it’s also the culprit behind motion sickness after cruise. Your brain has to revert to its previous orientation once you step on land. And, for most people, this can take some time. 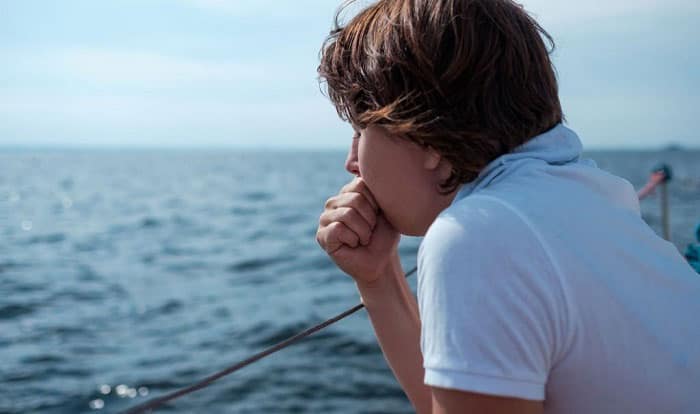 Your brain adjusts to compensate for the constantly quavering sensations it detects while you’re out at sea. These adjustments involve adding sensations that are the reverse of the one you’re feeling, thereby, helping to make you feel like you’re standing still despite the seesawing conditions you’re subjected to.

How to Prevent It?

Prevention can only go so far but can still work, and there’s no hurt in trying them. If you want to stop feeling like you’re on a boat, know that many can attest to using a scopolamine patch. Besides this, you should also adopt the following habits: 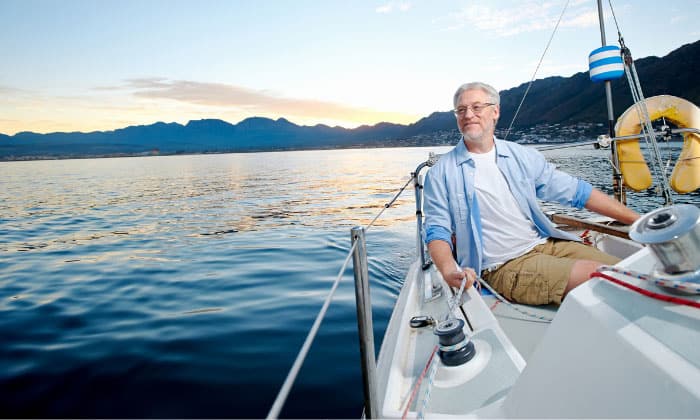 How long does rocking last after cruise?

How long does seasickness last after getting off the boat? Optimally, it should only be an inconvenience for 24 hours up to 48 hours at most. However, people recover differently, so don’t expect it to be the same for everyone. As mentioned above, others have to wait for two weeks sometimes.

Once you reach that ceiling or a couple of days after your trip and the feeling still hasn’t gone away, it’s high time to schedule an appointment with your doctor.

Is it normal to feel vertigo after being on a boat?

It doesn’t happen all the time for most people. However, just because you feel it after, let’s say, your fifth cruise, doesn’t automatically mean that you’re “not normal”. The fact that we even have a formal term for the syndrome already proves that it affects many folks.

Comfort yourself with the fact that, almost always, it goes away with time – and sooner if you follow the tips I’ve shared here.

At best, you don’t have to worry too much about how to stop rocking feeling after being on a boat. The steps I’ve outlined above are relatively a breeze to perform but can give you the relief you’ve been looking for, if not instantly then in a shorter amount of time.

They’re quicker in the sense that you’ll likely have to endure a couple more days or even weeks of torture if you don’t so much as give any of them a try.