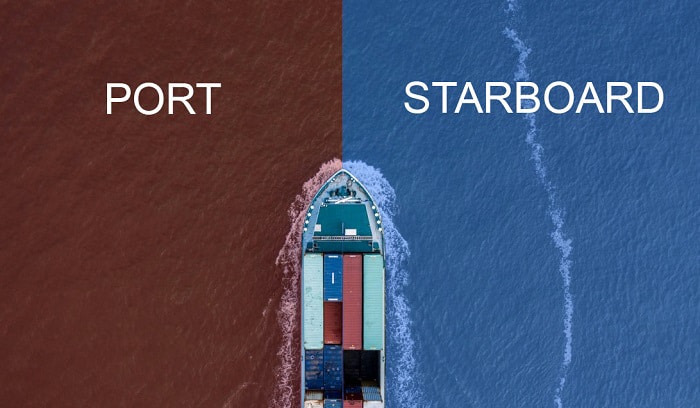 There’s a term for the left and right sides of a vessel. A captain or a sailor should be familiar with these. Left and right can be ambiguous at times; just like when there’s an announcement in cruise ships.

For example, the captain announces that you can watch the dolphins on the starboard side. Some become confused about which is which, especially when you’re on a thousand feet long cruise ship.

Steering oars were indispensable for every boater in the past. With the majority of right-handed people, it was commonly placed on the right side. Some people use this item nowadays, and oars from Intex, OCEANBROAD, and Attwood are popular and reliable.

By combining two old English words that become ‘steorboard’, the word starboard is used today. ‘Starboard’ means boat steering side. Changes are inevitable like the increase in both vessel size and steering oar. Also, people learned how to moor their boats on the opposite side.

This other way of mooring made it easier for porters to board passengers and charges. A vessel’s port was called ‘larboard’ at first until it became common as ‘port’. 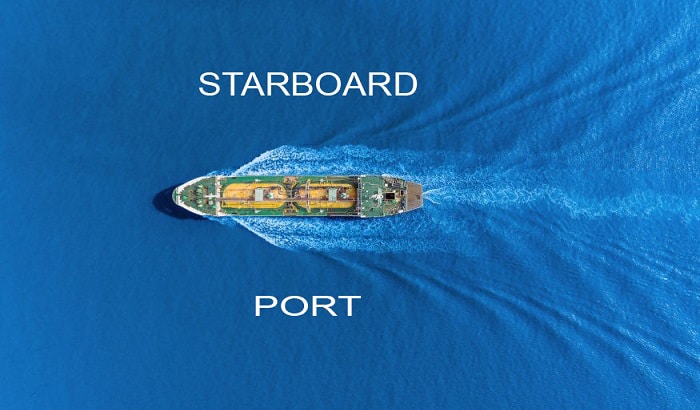 Learn to remember port and starboard by the following points:

1. The Location in a Boat

As we all know, starboard and port are on the sides of the vessel. You’ll be facing forward in the direction where the boat or ship is heading. In this scenario, the port is on the left side and the starboard is on the remaining side.

Both port and starboard sides have fixed locations. They’re similar to cardinal directions, so the position of the person doesn’t matter.

There’s a distinction when it comes to the color of the lights used for port and starboard sides. Most boaters use these as codes to prevent confusion. The red light is always on the left hand side while the green light is on the right.

With the projection of lights on the port and starboard directions, you’ll be able to know your position well. These kinds of light are also used to give warnings to other boaters to prevent collisions and accidents. They’re like marine traffic.

When you see the green light from the starboard side, it means go as the other vessel gives way to you. On the contrary, a red port light means stop because there’s a danger if you won’t. This is when you have to give way to the other craft.

At night, the red port left side has a can-like shape light. The starboard side has red cone-like illumination instead.

A compass can help in determining where the left side or the right hand is. West and east will be associated with this. Based on these directions, the port side of the boat is on the west and the starboard is on the east.

Some Fun Tricks In Remembering Port And Starboard 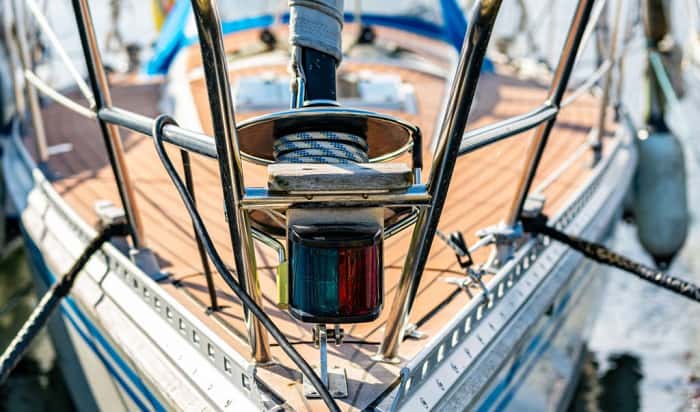 It will be easy to remember port and starboard sides as you’ll only need to be particular about one side to know the other. To not forget that the port is always on the left side, you have to remember that there are four letters for ‘port’ and ‘left’.

By default, it leaves starboard on the right hand side. It’s not too difficult because it’s easy to remember that ‘port’ has four letters like ‘left’.

Navigation lights are red for port and green for starboard. Nonetheless, they’re used when you’re on board as signage. Just like when you want to figure out which one side is a port or starboard.

To make these light colors your basis, you can use a glass of port wine as a mnemonic. Think of that red wine being poured in a glass to remind you of the port side. This picture will help you easily remember the navigational terms.

Also, you can memorize this phrase ‘Port is always left at sea, but never left for dinner’. It means that guests at dinner parties always love to finish the port. For the sake of remembering, boaters should start to think of the port and starboard follows.

3. Getting a Pair of Port and Starboard Socks

Wearing a pair of port and starboard socks is a practical way to learn these nautical terms. But make sure that the print and color are placed correctly. You can give it to someone who has a hard time identifying these words.

Noting the letters will do the trick in remembering port and starboard. You can memorize or chant the following lines:

“R for right, next to S for starboard”

G (Girl): I like firemen and policemen but sailors are not my type.

G: They use nautical terms too often and it annoys me.

C: I think you’re starboarding about that as my wife said the same thing when she ports me.

Some time in the past, there was a well-known and successful ship captain. He guided ships throughout the years in every corner of the world. His crew and fellow sailors greatly admired him.

But there was something unusual about this captain. He does a ritual morning by locking himself in his quarters and opening a small safe that contains an envelope with paper inside it.

He spends a minute staring at the envelope and puts it back in the safe. After doing this ritual, he embarks on his daily routine. As he continues to do this for years, it can’t be helped that the crew became curious.

Various speculations came up like it was a love letter or a treasure map. They had a chance to discover his secrets after he passed away at the sea. They searched the captain’s quarters and found the envelope with the written words: ‘port left, starboard right’.

Let’s start with some little rhymes for some fun:

Lucy Left lives in the port.

Suzie Starboard rows to the right.

Billy Bow is at the front.

Stern Stan stands at the back.

Which side is starboard? After you steered, think of the starboard as you did the action in its direction. Don’t forget about the right-handed starboard!

The bow and stern on a ship are known as forward and aft. You need to know them as they are linked with port and starboard. The bow is termed as ‘forward’ because it’s in the front of the ship. On the other hand, the stern is at the back of the ship which is called apt.

Tips For Remembering The Bow

Tips For Remembering The Stern

Although they are only two words, it can’t be avoided that some people are sometimes confused. You may be out to the sea often but there are times that you need guidance on how to remember port and starboard.

With the rhymes, stories, and tips in this article, you’ll have easy ways to memorize them. Once you remember the position of one, the other will be recognized right away.