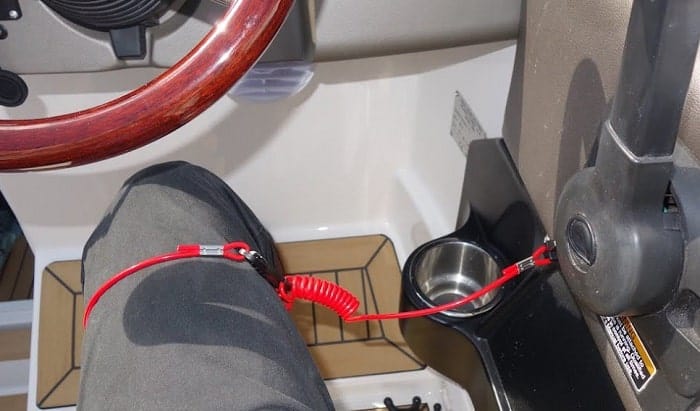 There are two simple steps on how to bypass a kill switch on a boat. You only need to pull the wires and twist them. After doing so, what will happen? The engine dies down as there’s no more connection to the keyed-to-start switch.

You have to be aware of how to properly utilize a kill switch on a boat, as it’s included in the boat regulations imposed by the US Coast Guard. There are some things that you need to learn aside from these two simple steps.

To handle a kill switch properly or get a clearer idea about it, continue reading.

What You Need To Know About Kill Switch

Based on the mandate, boats that are not longer than 26 feet long should have motors that can thrust 116 pounds. An engine cut-off switch should come along with it. Still, the vessels that are not included in the said size category need to have one.

Note that the kill switch is considered a boat safety accessory, and it is not too costly. Installation of this item in small boats is done on the outboard motor. With larger vessels, the wiring starts at the outboard motor and is routed to the appropriate section of the console.

The Function Of A Kill Switch 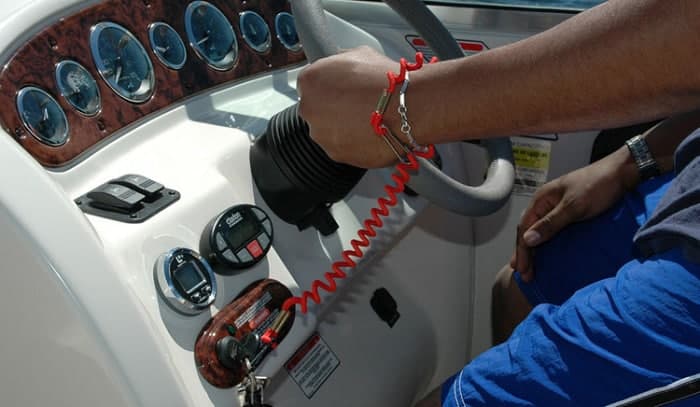 Although you may hear some call the kill switch a kill cord, the exact term is an engine cut-off switch. Its primary role is to turn off the outboard motor or stern drive if the operator disconnects from the boat’s control.

A kill switch is usually an on or off switch that completes the motor’s electric circuit. Once it’s turned off, the engine stops working. It’s attached to the helmsman electronically or physically.

If ever the helmsman is expelled from the boat’s control, it means that the connection with the kill switch is terminated. The switch automatically shuts off, compelling the engine to stop working.

The propeller and boat also halt their operation, which means that it’s not required to bypass the kill switch in your own accord. It can happen even without your intention.

Kill switches or boat cut-off switches can be tethered or electronic with differences in price and mobility. The push and pull switch is a part of the tethered type, secured by a collar or clip.

When it comes to the kill switch with the electronic system, it operates through the small transponder enclosed in a fob or tag worn by the helmsman. The switch remains on if the transducer and transponder are both close to it.

If the helmsman is distant from the switch, the transponder fails to communicate. From that moment, the switch is powered off as well.

Which is Better, Tethered or Electronic?

A tether kill switch is affordable but dependable, like Seadog Kill Switch with Lanyard and Nilight Waterproof Heavy-duty Switch. The disadvantage of this type is the need to be with it physically. Its system will limit your movements around the boat.

If you become clumsy, you may accidentally turn off the pull of the clip, which results in turning off the boat’s engine. This weakness, on the contrary, is the strength of the electronic kill switch.

You won’t have to worry about unintentionally switching off the motor while you move around your boat. Multiple individuals can also control it. Even when the helmsman goes overboard, someone can take responsibility for the kill switch. That’s why this type is more costly.

How to Bypass a Kill Switch on a Boat? Handling A Tethered It With A Lanyard 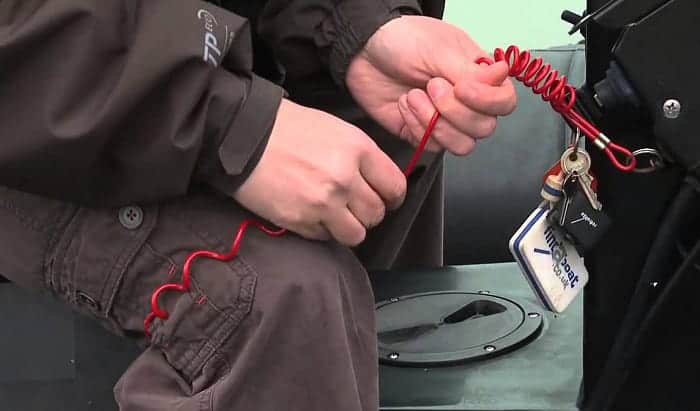 Most boaters prefer the tethered kill switch because it’s affordable and works as expected. Based on the requirements, it’s suitable for small boats with a helm that is not inside a cabin. It’s also for vessels that move at above displacement speed.

You can put the lanyard or cord on your wrist or other parts of your body. The other end connects with the boat’s switch by a clip.

This unique clip should remain attached to the switch to allow the boat to operate without interruptions. If this tethered system is thrown out of the vessel, the engine will stop working.

Here are the best practices for tethered kill switches:

An electronic kill switch is also referred to as a wireless kill switch in the market. With this item, your boat’s engine won’t stop even if waves have thrown you out of the vessel. This is the possible scenario among small, outboard-powered crafts.

Thus, the electronic kill switch is more favorable than a lanyard. It allows you to move freely onboard. The coverage of the connection can be up to 50 feet. In addition, there’s an extension that can reach up to 100 feet.

You may choose to wear it on your neck or wrist. It will be safe to put in your pocket or clip it on your life jacket. Whichever you feel is convenient for you, you’ll be spared from having to give way to lines or cords. You’ll only have the small piece control that typically weighs less than an ounce.

Around a dozen can have control of the electronic switch. Disconnection may happen when you’re out of its coverage. But, there will be a loud alarm. However, the engine can restart in five seconds, and rescue can be carried out if necessary.

Pulling and twisting the wires are the basic steps on how to bypass a kill switch on a boat. However, both tethered and electronic kill switches have advanced features. They will help you during times of emergency.

Although the electronic system is more convenient, a tethered type can be effective too, based on certain specifications of the US Coast Guard regulations. It’s even cheaper than the electronic one.