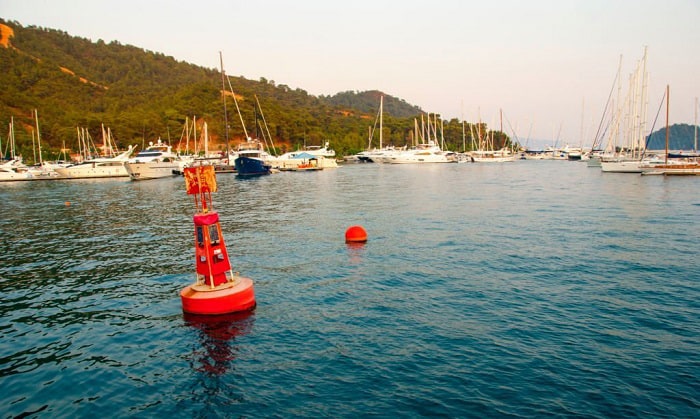 Channel markers & buoys serve as vital navigational and safety guides for boats and ships. Essentially, they’re like the markers we also see and use on our roads when we’re out driving, but with their own unique touch. After all, these markers are designed primarily to give directions and enforce safety and the rules of the “road” based on maritime conditions.

To learn more about the different boating buoys and markers’ meanings, please take the time to read about them here. 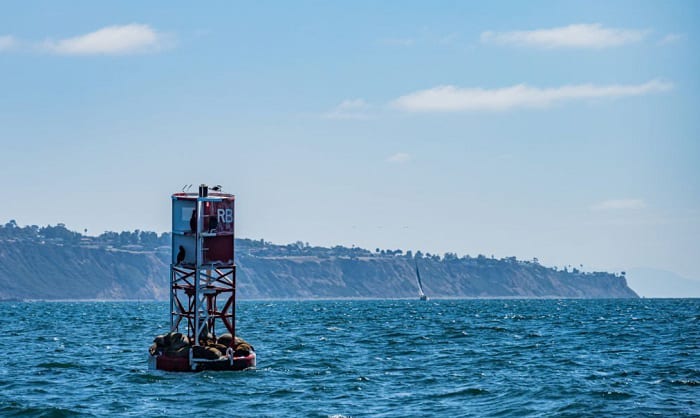 If you’ve been to popular fishing and beach destinations like the Florida Keys or South Florida in general, you’re probably aware of the abundance of red and green channel markers in the said places. Are they any different from the red and green we usually associate with stop and go on roads, respectively? Well, not exactly.

These are called lateral channel markers simply because their colors indicate the side of the channel you’re on and the edges of the waterway. Green indicates the edge for your port (or left) side, while red marks the one for your starboard (or right) side.

Green often indicates safe, deeper waters, while red means shallow, dangerous areas. These positions should always be taken into consideration when harboring, whether you’re heading upstream or returning from the high or open seas.

But what about the numbers listed on the markers? Well, believe it or not, they actually serve the same purpose as the colors. Even numbers are assigned to starboard, while odd ones are designated to port. You’ll notice that these numbers go up as you sail toward either of the two directions I mentioned above.

I can say the same for the green and red lights that flash on navigation channel markers at night since they simply aid in raising the visibility of these vital guides. Moreover, most port markers also have a distinct can-like or cylindrical shape, while starboard markers resemble a cone more.

Just ask any adept sailor and they’re probably well aware of what that phrase means. It’s actually a nifty collection of words to remember since you don’t always encounter green and red boating channel markers side by side in some water areas.

It only means that when you’re returning from sea to your home port, you want to keep that marker on your right or starboard side. You can’t have channel markers explained simpler than this. Take note that some sailors use “red right return” and there’s no difference at all between that and those that use “returning”.

What About Markers and Buoys With Split Colors

You’ll inevitably come across channel marker buoys containing the two colors if you spend more and more time sailing. Some call them junction buoys, and they mark the point in the channels where the waterway splits into branches. Generally, you can pass these buoys on either side (port or starboard) when moving upstream.

However, you’ll still need to look at the positioning of the two colors. The one on the top connotes the main or preferred channel. So if red is the one on top, if you want to continue on the primary channel, you’ll need to keep it on your starboard side. If the positions of the colors are reversed, you’ll only need to do the opposite to stay on the main waterway.

Obviously, if your intent is to head to the branching waterway, you’ll need to regard it as a green marker if red is on top or a red marker if a green band is the one above.

Are These Markers the Standard Worldwide

In many cases, yes. However, you shouldn’t be surprised if, in some countries, the boat markers’ meanings are reversed. I’ve been to French Polynesia, and I can say that they use green buoys for starboard and red ones for port. And, mind you, this variation isn’t just a French thing.

The IALA actually divided maritime navigational standards into two regions. In Region A, which includes Europe, most of Asia, Africa, Australia, and New Zealand, markers for port are red while green is for starboard. In Region B, which is composed of the entire Americas, and three Asian countries namely the Philippines, Korea, and Japan, the regulations are the exact opposite of that (i.e. what most Americans are commonly used to).

Other Markers You Have to Be Mindful of 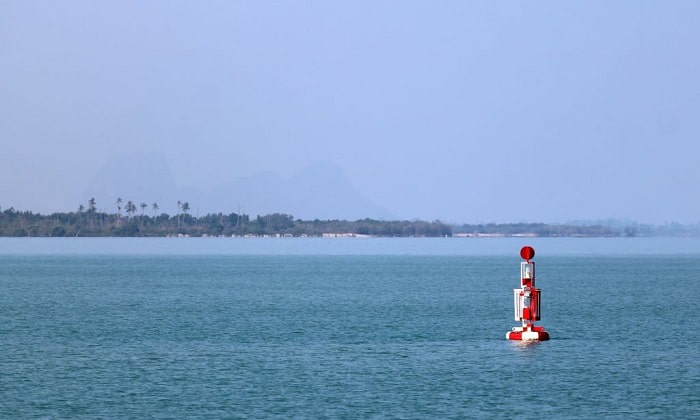 Navigation buoys and markers not only give directions but warn you about potential hazards. Here are other markers worth keeping in mind.

These immediately stand out with their color choice: yellow. These marks pertain to something unique about the area, such as oil wells, marine farms, administrative areas, mooring and anchorage spots, and even submarine cables. They tend to flash a yellow light at night with an entirely distinct pattern.

These can be either “new” or “isolated”, pertaining to the nature of the hazard you may potentially face. An isolated risk could be an area where there are shallow, submerged rocks, for example. These marks are often colored black and flash two white lights at night.

New danger marks, on the other hand, are often used to mark risks that appeared recently such as a shipwreck or a sandbar or reef that has recently been exposed. They’re distinguished by their color choice: yellow and blue stripes.

Some areas may use buoys with a combination of white and red stripes to signal to sailors that they are in a safe part of the waterway. Usually, you’ll see a continuous line of safe water marks when you’re traversing relatively shallow waters.

Distinguished by their yellow and black color, these marks often warn of deep water close to a potential hazard. They provide directional guidance to avoid the danger based on the number and rate of light flashes that they make.

I suggest you watch this video on channel markers & buoys since it’s easier to explain with a visual reference:

So to summarize boating markers and meanings, red markers mean starboard, while green markers indicate port when entering the harbor from the sea or going upstream. Be mindful of the regional differences if you happen to be abroad, junction buoys, and the function of the other markers we’ve mentioned. Lastly, remember “red right returning” to keep things uncomplicated.