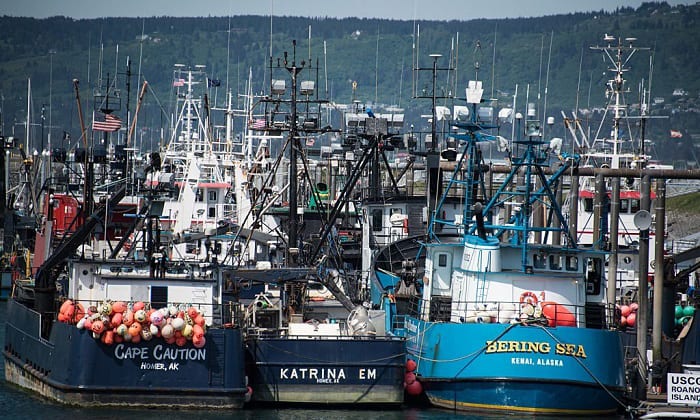 Crab fishing is a dangerous industry popularized by the hit TV reality show The Deadliest Catch. You might be wondering which boat is the biggest crab boat in the world.

For your information, the Fierce Allegiance is the biggest boat featured on the show at 166 feet long and is among the largest known crab boats. We’ll take a look at crab fishing and boats to dive into this industry.

Crab fishing is a complicated type of fishing because of the dangers associated with it. Setting out to the frigid waters of the Bering sea months at a time and having to haul hundreds of tons of crabs as you work toward your catch quota, this sort of life in Alaska waters is no joke. The many health risks associated with the job have also been featured on the show many times.

Being productive doesn’t mean having to be the biggest boat, but having more size for more cargo and crew living space certainly helps. It leads us to wonder about the Deadliest Catch boats size

Let’s take a look at the biggest ones, including a couple of notable boats from the show. Indicated are the length, width, and tonnage capacity of the Deadliest Catch ships, with the top three largest ships ordered by size. 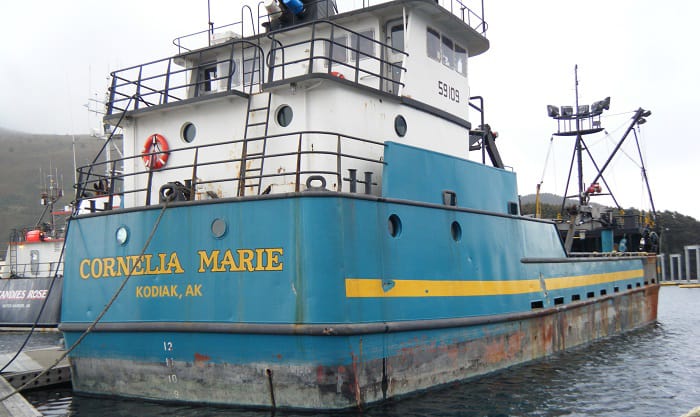 Crab boats are on the bigger side, but how big are the Deadliest Catch Boats? Let’s name some of the most famous members of the fleet and take a closer look at each for easier size comparison.

The Fierce Allegiance is the biggest boat on Deadliest Catch to date, at 166 feet long, though it only appeared during the first season. It is considered young for a crab boat, having been built in 1979. With a tonnage capacity of over 600, it is also slow, topping at 10.4 knots.

Still, the FV Wizard is a productive crab boat that has appeared in many seasons of the show.

The Southern Wind is third on our list featuring a length of 144 feet and a width of 32 feet. Tonnage capacity is similar to the Wizard at over 490.

This crab boat is one of the more recent additions to the Deadliest Catch fleet featured beginning in the 15th year of the show. It is also a young ship built in 1980. 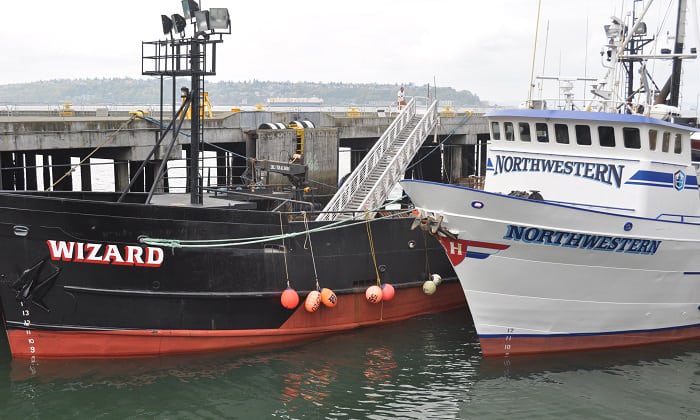 Probably the most well-known boat of the Deadliest Catch fleet, the Northwestern crab boat has the most appearances among boats featured on the show appearing in all 17 seasons. Currently, at 125 feet long, it is not a small boat though it can hardly be considered among the biggest boats.

Other than crab fishing, it also engages in cod fishing. At roughly 29 feet wide with a weight capacity of 197 tons, it is capable of becoming one of the most successful crab boats for multiple years.

Another mainstay on Deadliest Catch, the Cornelia Marie is a boat similar in size to the Northwestern at 128 feet in length and 28 feet in width. However, it has a higher tonnage capacity of 298.

It was featured in 14 of the previous seasons of the show. It highlighted the difficulties that crab boat crews face due to the health risks associated with the job, as demonstrated by its many captain changes.

As mentioned earlier, going out to sea for crab fishing requires size not only for their catch but also for living purposes. Crab fishing has been reported as one of the most dangerous jobs globally, and having appropriate supplies and equipment is necessary to offset this risk.

Through the years, various legislation has been passed to improve safety on such boats, including changes to Coastguard safety guidelines. These regulations also require more size. After all, even the largest crab boat cannot disregard the needs of its crew.

Let’s take a look at some of the things that make it necessary for crab boats to be big.

Everything that people need to live, all of these needs to be available on a crab boat. Being out at sea for months means that the crew of a boat must be self-sufficient for months at a time. Such needs include space for living and facilities for hygiene and medical needs. 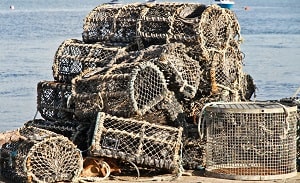 Crab fishing makes use of fishing pots to haul in their catch. These pots and traps are cage-like apparatuses that take up a lot of weight and space, not to mention other gear needed, such as rope. Crab pots can weigh as much as 800 lbs each.

Crab boats need to be able to hold hundreds of these pots, as having more of them makes it possible to catch more in a shorter timespan.

If a fishing boat stays at sea for months at a time, they need to be able to store everything they’ve caught so far while working to reach its fishing quota. This demands a certain amount of space that bigger boats would have more of.

During their trips, food and water are basic human needs for crab boat crew members. But we also must consider everything else required for emergencies.

They include first aid items and supplies for emergencies. Even with the large crab boats, payload management on such boats is still required.

Now you know which boat featured on Deadliest Catch is the biggest crab boat in the world. You’re also familiar with what makes crab fishing dangerous and why boats for crab fishing need to be on the larger side.

The show’s new season started on April 19 2022, and it is a good time to get started with all the new content to look forward to. Don’t forget to leave your comments and suggestions below.