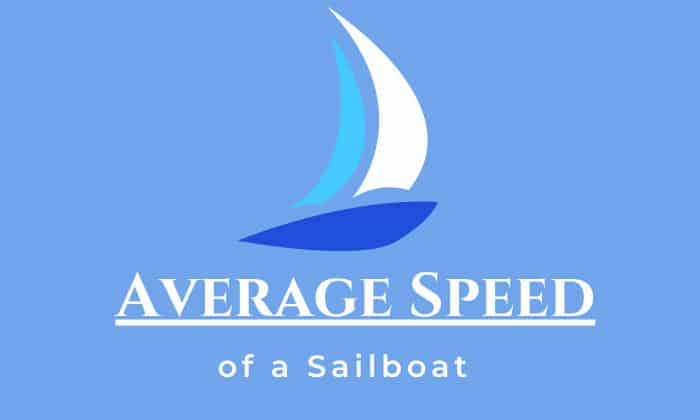 Sailboats have been around for a long time, and even now, when motors are common on vessels, they are still used. But have you ever wondered about the performance and average speed of a sailboat?

A sailboat average speed ranges from 4 to 6 knots or 4.5 to 7 mph and tops out at 8mph. However, many factors affect these estimates, including the type of boat and its hull. Let’s take a closer look. 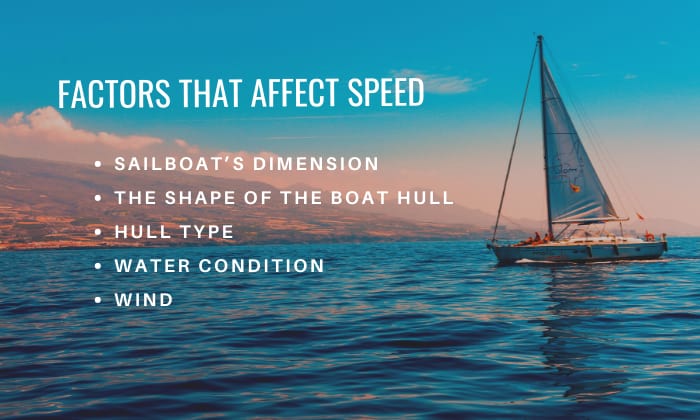 Sailboats have an average speed range of 4 to 6 knots and a sailboat top speed of 7 knots; however, this is an average for all types, and the numbers can change a lot based on the boat model, its hull, along with other factors.

For example, racing sailboats go much faster, up to 20 knots with custom designs reaching up to 50 knots. The fastest sailboat speed on record is 65.45 knots.

Modern ships no longer use sails, but the average sailing ship speed in the 70s was around 4 to 6 knots. This range also applies to the trading galleon that drove much of the world’s commerce in the past.

Averages aside, the fastest sailing ship speed was recorded in 1854 at 22 knots or 41 kph.

The length of a sailboat directly affects its speed, and longer vessels tend to be faster than shorter ones. The reason is boats need to lift their hull and create speed by riding over the water. This is more easily achieved if the length of the wave is closer to the length of the craft.

Some designs make use of length to boost speeds. Though longer boats tend to be heavy and swift, that doesn’t mean lightweight crafts are slow.

On the contrary, they can be quite fast, but they are vulnerable to strong winds and unstable waters. Multi-hulls are ideal for lighter boats and will be discussed further below.

Here is a table that shows how average speeds differ as length increases. You can see that a 40 ft. sailboat is faster than any smaller vessel, and the fastest small sailboat can not outrun the bigger ones. The exception would be a racing craft.

Hull shape greatly affects the speed and performance of watercraft, with a slim hull and wider transom striking the ideal balance. This shape allows the boat to be faster and more stable.

A hull with a high buttock angle is not able to resist waves and is therefore slower.

To calculate your speed in knots with a calculator, take your vessel’s LWL or length of the waterline from bow to stern in feet. Take the square root of this number and multiply it by 1.34, which is a given figure for the wave crest, related to the wake of your watercraft.

The product is the estimated average speed. In short:

Another straightforward method of determining your vessel’s speed is to sail between two points with a known distance in nautical miles. Divide the figure by your travel time to get your average speed in knots. 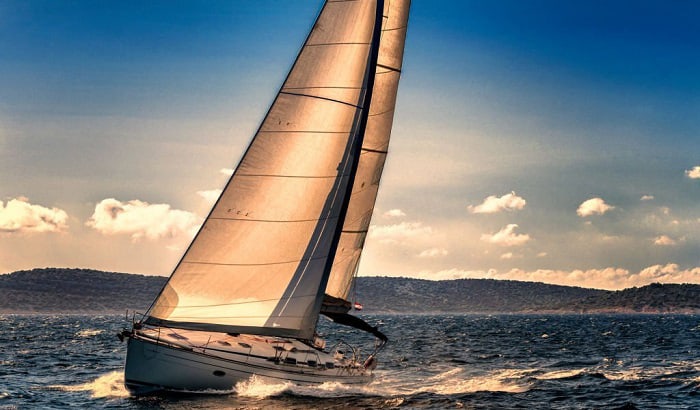 Aside from the boat dimensions and shape, hull type, waves, and wind also affect a vessel’s speed.

The two general hull types are the monohull and multihull.

The monohull, also known as the displacement hull, is the standard type used on most boats. These are designed to pierce through the water to reduce drag and can go even faster by lifting the bow.

The multihull is a boat with multiple hulls, as can be derived from the name, and the catamaran is a popular example with its twin hulls. Compared to monohulls of the same size, the average sailing speed of a catamaran and a tri-hull is 9 to 10 knots, which are around 25 to 30% faster compared to a monohull craft.

However, multi-hulls are sensitive to weight imbalances and are less capable of managing heavier loads.

In general, bigger waves tend to accompany higher speeds. That said, waves that are too tall can be dangerous, such as in the case of breaking waves.

Sailboats use a sail, and the wind directly affects their performance. However, direction is another important factor, since sailing downwind gives a boost in speed, while going upwind will make it difficult to move faster. Being able to utilize the wind effectively can help boost your speed.

There are also steps that you can take to go faster; some of them are simple to do, but others pose more difficulty.

The first is to ensure that your boat is in good condition, but this is already a given. For a sailboat, however, the condition of the sail and mast is a unique and important factor. For instance, the mast should be free of cracks and its extrusions should be secured correctly.

Weight is another important consideration and needs to be managed properly. Aside from minding your cargo weight, it is also essential to balance this weight and distribute it properly.

Proper sailing is another critical point. To reach top speed sailboat needs an operator that employs the correct technique. This includes perfect steering, wind positioning, and sail control; these take time to learn but are essential to reach maximum speed. 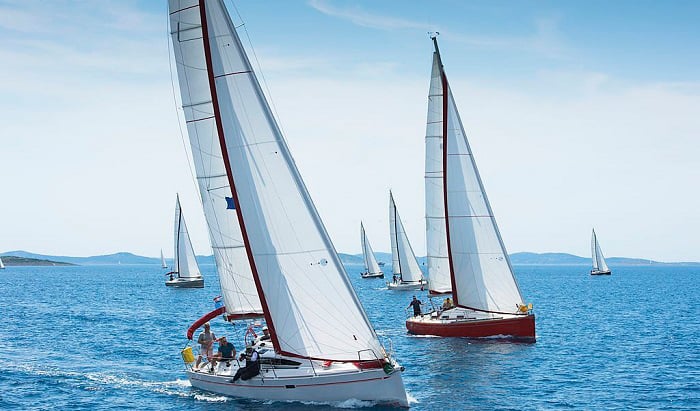 Sailboat speed vs wind speed: can a sailboat sail faster than the wind?

Yes. There are two ways to achieve this, and both involve reducing or eliminating drag between the vessel and the water. One is by lifting the hull using the apparent wind on the sail; the other is by foiling, which brings the boat on top of the water.

How many miles can a sailboat travel in a day?

These vessels have an average sailing distance per day of 185 km, provided that travel is continuous and downwind. If under power of an engine, the distance traveled increases up to 241 km.

How fast does a sailboat go? Now you know the average speed of a sailboat, along with a better understanding of what affects the numbers and how to improve them.

Sailing crafts are not capable of reaching the same speeds as motorized vessels; however, they offer a very different experience that many boaters find appealing.

How do you feel about sailboats after learning about their speed? Would you try one if given the opportunity? Tell us in the comments section below.